Leaving Airbus scandal to only the Special Prosecutor not the best - Dr. Yankson 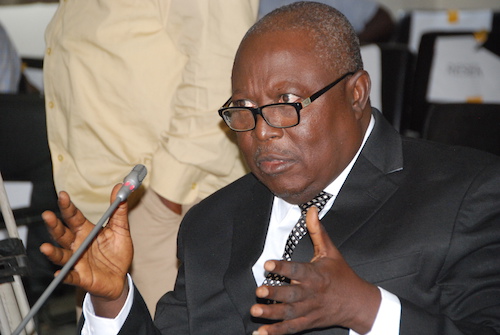 General Secretary of the Ghana Medical Association Dr. Justice Yankson says the Special Prosecutor Martin Amidu shouldn't have been the only one to probe the Airbus Scandal.

President Akufo-Addo has directed the Special Prosecutor to collaborate with its UK counterparts to probe the Airbus bribery allegations.

Some Members of Parliament yesterday February 7, 2020, requested that a Committee be set to probe the issue.

After hours of debate, the Speaker of Parliament Prof. Mike Oquaye turned down the request to set a Committee to probe the Airbus scandal.

His argument was that since the matter has been referred to the Special Prosecutor, it will be prudent for the House to hold on for now and revisit the matter at a later date, if necessary.

However, Mr Yankson who is also a lawyer side with the MPs who requested for the Committee as he believes this would have been a better option.

"Monies that should have gone to the military sadly ended up in peoples' pockets. This is something that shouldn't have been left to the Special Prosecutor to deal with it. An independent body should have been tasked to investigate this matter"

"At the end of the day, the government would issue a certain whitepaper and would become controversial in the long run," he spoke on Joy FM's NewsFile.

Ghana is one of five countries in which the European aviation giant, Airbus, paid or attempted to pay millions of dollars in bribes in exchange for contracts, leading a court in Britain to slap a fine of Â£3 billion on the company.

The scheme was run by a unit at Airbusâ€™ French headquarters, which its one-time chief executive, Tom Enders, reportedly called â€œbullshit castleâ€.

President Nana Akufo-Addo has since referred the matter to the Office of the Special Prosecutor for investigation.