Airbus scandal: It's time we focus on retrieving money rather than long jail terms - Martin Kpebu 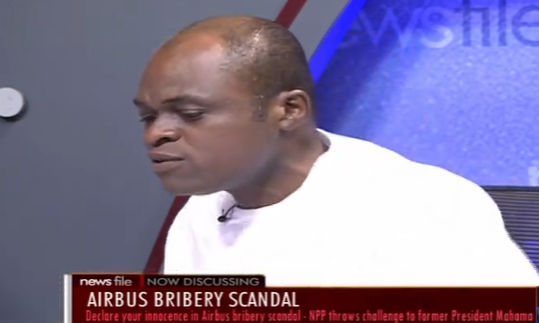 Mr Kpebu believes that the long prison sentences handed to culprits in corruption and bribery cases have not helped the nation as huge sums of money are not been retrieved.

He urged the country to go on the path of retrieving the money and this Airbus scandal presents a good opportunity to do so, considering the amounts involved.

"We are so interested in 'arrest.' It doesn't help the matter. We need to take our time to get to the bottom of this matter, this time we should be interested in collecting the money if anyone is found guilty rather than a long jail term." he spoke on Joy FM's NewsFile

President Akufo-Addo has directed the Special Prosecutor to collaborate with its UK counterparts to probe the Airbus bribery allegations.

Airbus has confessed to paying bribes in Ghana and other countries between 2011 and 2015 in a corruption investigation of its business deals dating back more than a decade.

Court documents obtained by theghanareport.com show that Europeâ€™s largest plane maker has been fined 3 billion pounds for greasing the palms of public officials and fixers over a string of hidden payments as part of a pattern of worldwide corruption to facilitate the sales of its wares.

Â During the week the New Patriotic Party held press conference which was chaired byÂ their Communications Director Yaw Buaben Asamoa who alleged that John Mahama is Government official 1 in the Airbus corruption scandal.

This did not go down well with the NDC who say they are considering legal actions against Boaben Asamoa.