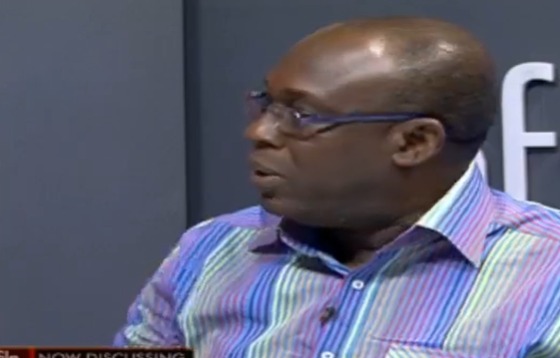 Senior Vice President for IMANI Africa Kofi Bentil says it is about time we move partisan bickering away from State Ceremonies.

Mr. Bentil believes that the partisan bickering we attach to some State Ceremonies only undermines its importance and make the general public have a different view about politicians.

This was on the back of the Minority's decision to walk out of Parliament on Thursday when the President was there to deliver the State of the Nation Address.

READ ALSO: NPP was not wrong to boycott 2013 SONA, the NDC's action this time is rather unacceptable - Oppong Nkrumah

He hit out at the Majority and the Minority and challenged them to rise above partisan politics and respect State Ceremonies which instils some sense of patriotism in Ghanaians.

"Article 67 of our Constitution says the President shall, at the beginning of each session of Parliament and before a dissolution of Parliament, deliver to Parliament a message on the state of the nation. The President can choose to send Parliament a letter but the Constitution gives you a latitude for you to build this Ceremonies of State. So when the President moves from his seat and comes with a convoy, those Ceremonies of State infuse the rest of us with a sense of patriotism. I think citizens have come to the point where they now see it as a minor irritation that politicians are prone to do, so the walkout does not even surprise many and that is not good at all. So both or one of you can say we won't do this anymore or at least pick some Ceremonies of State and elevate them and say they will not be affected no matter what," he spoke on Joy FM's NewsFile.

However, the Minister for Information Kojo Oppong Nkrumah says the Minority's decision to walk out of Parliament during the 2020 State of the Nation Address is unaccepted and undermines our democracy.

The Minority gave a number of reasons for their action and said the number one reason is oppression by President Akufo-Addo.

They then referred the Majority to 2013 when they were the Minority and how they boycotted then President Mahama's State of the Nation Address.

Mr. Oppong Nkrumah, however, believes that the NPP's action back in 2013 was on the right path as they were challenging the legitimacy of then-President Mahama.