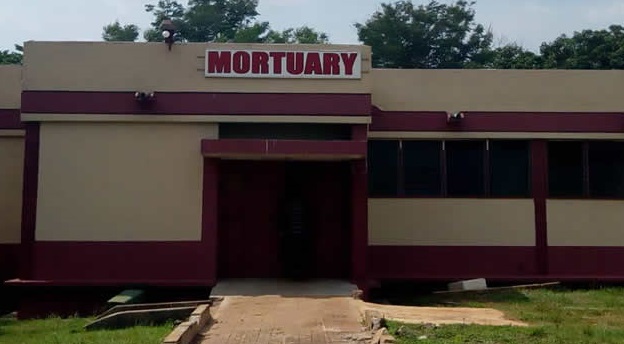 Members of the Mortuary Workers Association of Ghana, MOWAG, will in the coming days embark on a nationwide strike again.

According to the mortuary workers, since they embarked on their three days strike last month, after which stakeholders promised to address their poor working conditions nothing has been done.

The mortuary workers went on an indefinite strike on March 5 2019 but resumed work after three days when the National Labour Commission (NLC) invited them to the dialogue table to find ways of addressing their grievances, which include the lack of maintenance of mortuary facilities, denial of their mandated annual leave, and the lack of protective clothing, among others.

But a month on, the mortuary workers say the negotiation has stalled due to the government’s lukewarm posture.

Speaking to Prime News, General Secretary of MOWAG, Richard Kofi Jordan said all the steps taking by the various stakeholders are not to address their concerns but rather a time buying tactics.

He said the NLC directed that the parties involved should engage in negotiations, which all the parties accepted. However, he pointed out that no negotiations have taken place.

In his view, the establishment is only “trying to buy time and delay the process”.

"Mortuary Workers have realised that the independence of the Fair Wages and Salaries Commission is getting impeded because they have actually not been straight forward in their professional capacity, as a Commission they have a mandate but we think they are running away from their mandate and doing other things just to buy time and that calls for us to raise the eyebrows again.

"when the National Labour Commission intervened and on that intervention there was a directive that says that both parties, Fair wages, mortuary workers and all stakeholders are to come and negotiate immediately on that same day of 7th March the Ministry of Employment invited all parties, at the meeting the CEO of Fair Wages stated that negotiations between the Commission and MOWAG will be done on the 19th of March and concluded on the 20th, the question is what has happened up to now? it's over one month he declared that and they have been inconsistent with communications, the next letter we had from them was later inviting Finance Ministry, Employment Ministry, Health, Fair wages and MOWAG but at that meeting Finance, Employment did not come and the unfortunate thing is that the Health Ministry came and said they want a committee to finalise the process, it's like the independence of the commission itself is questionable they wanted us to bring representatives to a committee to start the job description and re-evaluation of what we do, we think that is just another time buying technique."

General Secretary of MOWAG, Richard Kofi Jordan also disclosed to Prime News that the association is planning to embark on a nationwide strike which they believe it is the way forward.

"We will get the public informed next week, we still are thinking about strategies and how effective it will be and we have to look at the timing.."