Father threatens to kill daughter over conversion to Christianity 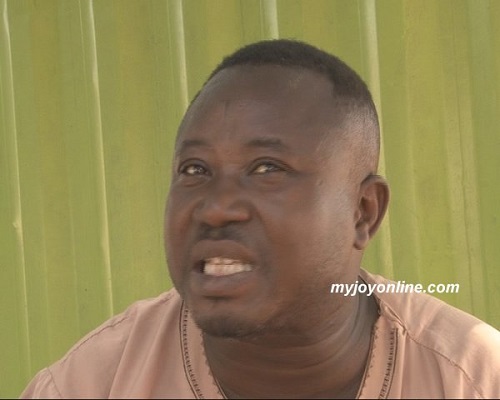 A teenage Christian convert Mariam Seidu has gone into hiding following death threats from her vexed Muslim father, Abubakar Seidu over her conversion to Christianity.

Eighteen-year-old Mariam Seidu says she has been in hiding since March 2019 after her father hired some youth to attack her newfound place of worship –a church.

But Abubakar Seidu has denied threatening the life of his daughter.

The teenager said she has enjoyed a wild, care-free and immoral lifestyle.

“That friend,” she said, “regularly comes around with a Christian evangelism team to preach the gospel. She would reject all their invitations.”

“Whenever I see them I used to run because I don’t want to listen to them.”

But Mariam says, she fell sick and that was when she accepted an invitation from her friend to come to church. She says it was a life-turning decision.

“When we went he prayed for me and when I came home I was feeling well.”

“My father said because of the church he will disown me. He told me if I still go to the church, he will bring cutlass to the church and come and butcher me.”

That threat was on a Wednesday. “I was scared”, Mariam said but still defied him on Friday and went to church. Her father followed up his threat that day.

He caused a scene at church, attacking the congregation, she indicated. That Friday, she did not return home and has been hiding. Mariam says she endures sleepless nights.

The teenager blamed her father for his own lackadaisical attitude towards raising his children in the Islamic faith.

“He didn’t train me to be a Muslim,” she said explaining there was no compulsion or encouragement to go for prayers.

“I can’t just be there like that,” she explained her unsatisfied spiritual needs.

Mariam’s parents have rejected this accusation. They showed five-year-old reports of their daughter at Madrasat, where she received Islamic teachings.

They accuse a pastor of creating a wedge between their daughter and her family.

Her father, Abubakar Seidu, has denied the threats but said he is ‘ready to go to jail’ in his effort to correct his daughter. “I only tried to put the fear of God in her when I threatened to go to jail because of her decision.”

”She is only cooking up a story to justify her decision to leave the house. And talk about exchanges at the church, the mum went there and there was some level of confusion at the premises between her and worshipers at the church on one occasion.”

“And I must confess that I've also had cause to invade the church to demand they let my daughter out but the pastor declined and on my blind side took the girl away after the service. She can’t live under my benevolence as a father and go against my orders and beliefs.”

“She has turned 18 so she feels and thinks she can take her own decision right? She should go ahead but I will never allow her under my roof if she sticks to her new faith. If she insists then we go our separate ways.”