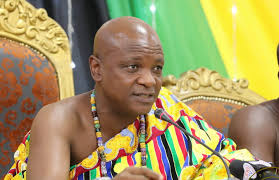 The National House of Chiefs has called on Ghanaians to vote no in the upcoming December referendum to elect MMDCEs.

National House of Chiefs has, therefore, rejected a proposal to amend Article 55(3) of the 1992 Constitution in order to make district assembly elections partisan.

In a statement signed by its President, Togbe Afede XIV, the House called on all Ghanaians to reject the proposal because it will destroy the local government system.

“The efficacy and utility of introducing partisan politics into the local government is questionable. The development implications of such reforms are by no means self-evident”, the National House of Chiefs said in a statement, adding: “The framers of the 1992 Constitution had good reasons for protecting our local government system from partisan politics, and the rationale for the new reforms has not sufficiently addressed the grounds for the exclusion”.

The chiefs said, “All the partisanship that resulted from the presidential appointment of the chief executives would be worsened with the amendment of Article 55(3) because the amendment itself is designed to introduce partisan politics into the election after the removal of the President’s power of appointment of the chief executives of the assemblies”.

“The House, based on the recommendation of its Legal Committee, strongly object to the proposal that membership of local assemblies should exclusively comprise representatives of political parties as in the case of Parliament. We are, therefore, advocating the outright rejection of the proposal to amend Article 55(3) of the Constitution”.

A few days ago, the National Commission for Civic Education (NCCE) stated that the 17 December 2019 National Referendum is to enable citizens to vote on whether or not political parties should be allowed to sponsor candidates for district assembly or lower local government unit elections and not the election of Metropolitan Municipal District Chief Executives (MMDCEs).

The referendum is to enable citizens to vote on the proposed amendment of Article 55 (3) of the 1992 Constitution that currently bars political parties from participating in District Level Elections (DLEs).

Article 55 (3) states that: “…Subject to the provisions of this Article, a political party is free to participate in shaping the political will of the people, to disseminate information on political ideas, social and economic programmes of a national character, and sponsor candidates for elections to any public office other than to District Assemblies or lower local government units”.

This is an entrenched provision which can only be amended through a Referendum which per Article 290(4) can be approved when at least 40% of persons entitled to vote, vote at the referendum and at least 75% of the persons who vote cast their votes in favour of passing the bill.

As issued by Electoral Commission (EC), the Referendum question will appear on the ballot paper as: "Are you in favour of the Bill to amend Clause 3 of Article 55 of the 1992 Constitution to allow political parties to sponsor candidates for election to district assemblies or lower local government units?" 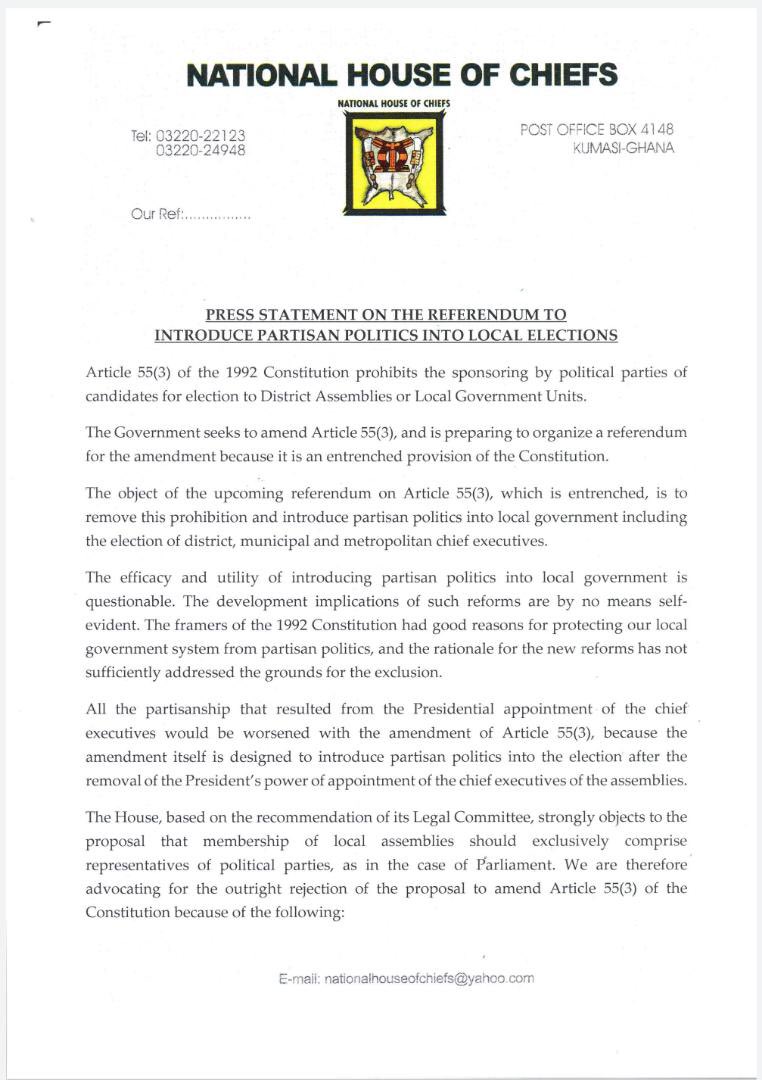 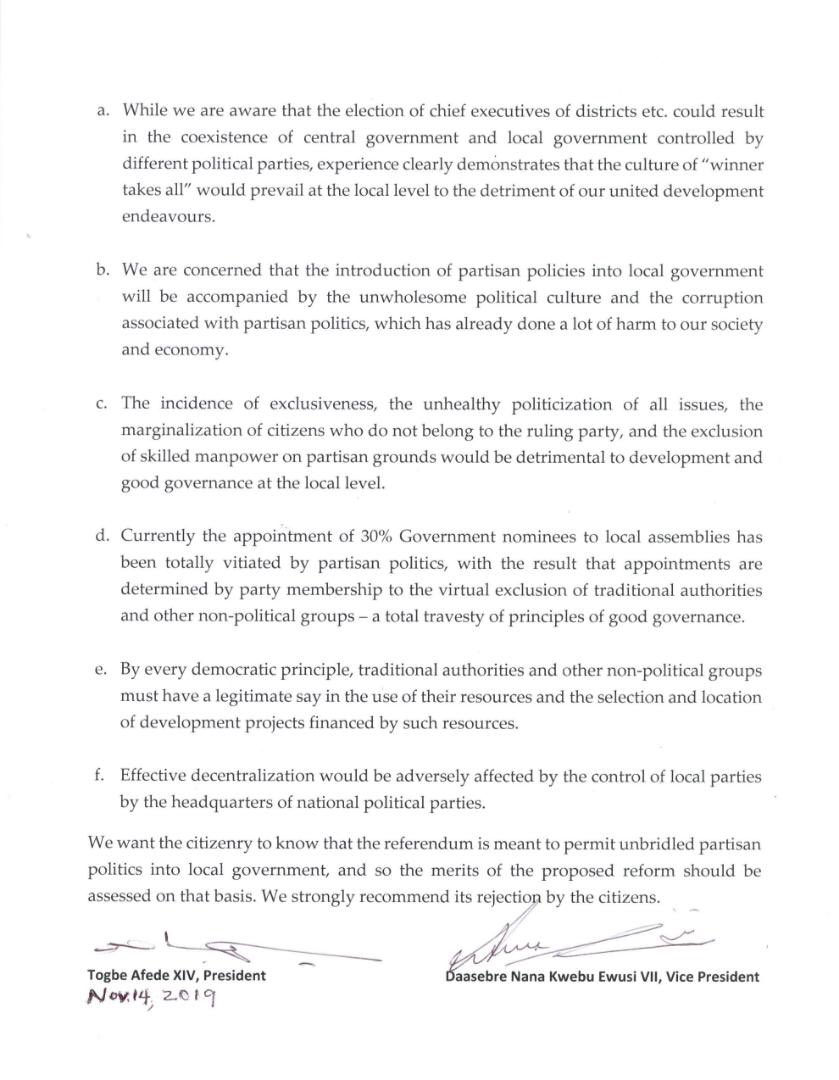