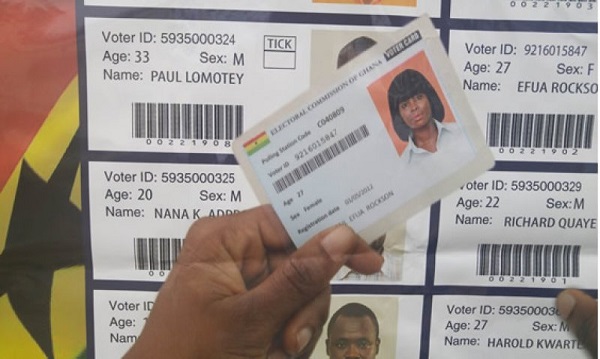 The Supreme Court of Ghana has now made it clear that the existing Voter ID cannot be used as a requirement in the compilation of the new Voters ID.

The apex court granted only two reliefs sought by the NDC which had nothing to do with the inclusion of the use of an existing voter ID card as source documents and dismissed all the other reliefs.

By its decision, the Supreme Court has also halted all actions pending against the EC on the voter registration in any Court.

This will affect the Ashaiman Member of Parliament, Ernest Norgbey, who filed an action at the High Court questioning the power of the EC to compile a new register.

READ ALSO: Check out why NDC and AG's office disagree over SC's ruling on inclusion of Voter ID in compilation

There was an earlier confusion when the NDC and the AG's office were in disagreement over whether the existing voters' ID will be used or not.

General Secretary of the NDC Asiedu Nketia after the ruling told the media the party feels vindicated as their request to use the old Voters ID had been granted.

The Attorney General’s office however held that the commission had walked out of the court with a favourable outcome.

On June 9, Parliament voted to allow the EC to use the Ghana Card and Passports as the only forms of identification for persons registering to vote after relevant Constitutional Instrument had matured.

The EC presented the Public Election (Amendment) Regulation, 2020 (C.I. 126) to Parliament to amend C.I. 91 in order to change the current identification requirements.

But the NDC felt this amendment would lead to many Ghanaians being disenfranchised and was opposed to it even before it had been passed in Parliament.

In the midst of the suit, the EC, in its legal justification for the amendment, described the current voter ID as “a fruit from a poisoned tree” because it was a breach of Article 42 of the constitution, which defines who is qualified to register to vote.

The Commission cited the court’s judgement in the Abu Ramadan case, where it indicated that the use of the National Health Insurance Card to register a voter is inconsistent with Article 42 of the constitution and therefore void.