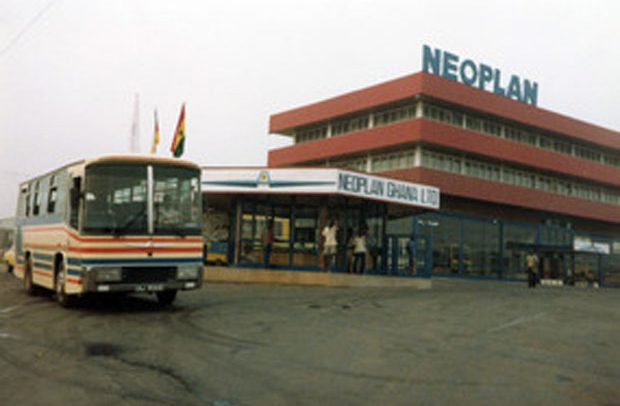 Neoplan Ghana Limited one of the country's oldest transport companies has announced that they will be shutting down soon.

Neoplan in a memo to all staff of the company in Accra and Kumasi announced that they will cease to operate from Friday, January 31, 2020.

The company set up on December 12, 1974, say the reason for the closure is due to the lack of contracts and recurring monthly losses.

The company said the last time it was given a government contract was in 2002, which ended in 2010 and saw the production of 450 DAF/VDL buses for the Metro Mass Transit Ltd.

Dated January 15, 2020, and titled “Closure of Neoplan (Ghana) Limited”, the memo signed by the Managing Director of the company, Mr. Georges Nassar, a copy of which is in the custody of the Daily Graphic, states: “Management regretfully informs you that Neoplan (Ghana) Limited will be closing down its branches on 31st January 2020.”

“This is due to lack of contracts and recurring monthly losses incurred. As a result, all employment contracts with the company will be terminated as of the said date until further notice,” the memo added.

Mr. Georges Nassar speaking to Graphic said the decision had been informed by the inability of the minority shareholder, the Fadoul Group, to continue funding the company all by itself, while the government which was the majority shareholder contributed nothing to its running.

He explained that the money was paid to the Divestiture Implementation Committee (DIC) but the cheques were never released, yet the money was never returned.

In addition, he said since 2016 the minority shareholders had invested about GH¢10 million in the company, while about GH¢260,000 had been lost every month in revenue during the period.