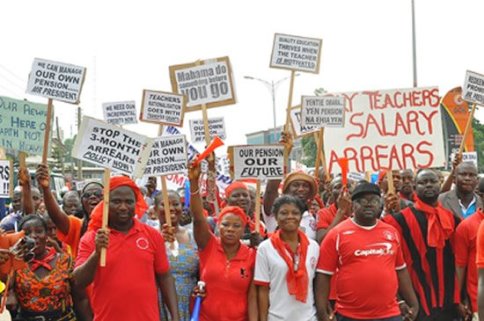 A group calling itself the Association of Newly Recruited Teachers (ANRT) say they will demonstrate on May 17 over their 7 months unpaid salaries.

The group are unhappy about what they call ‘snail pace’ approach in processing their salaries.

In a statement signed by the president of the group Collins Nana Adjei dated May 8, he alleged that its members have not been paid for seven months since their appointment in November 2018.

“We are therefore by this release informing the stakeholders in Education and the general public of our planned demonstration on Friday, the 17th of May, 2019 and after that, if nothing is done, then we will advise ourselves,” it said.

The group in their press release also alleged that only 29% of the over 9,015 recruits have been issued Identification Cards, which the GES had said were going to be used to process their salaries by the end of April.

They contend the GES has failed on its promise, hence their demands.

The teachers were recruited by the Ghana Education Service as a strategy to support its double track system being implemented under the Free SHS. The group said it was now “difficult to believe the promise of the GES” to resolve their salary concern.

“We demand that all of us the newly recruited teachers receive our 7 months salary in full by the end of May,” the statement read.

The GES had blamed the delay in processing the salaries on connectivity challenges during the migration of the GES from the Integrated Personnel Payroll Data (IPPD) Two into the Human Resource Management Information system (HRMIS).

But the teachers say they can no longer countenance any further excuses.