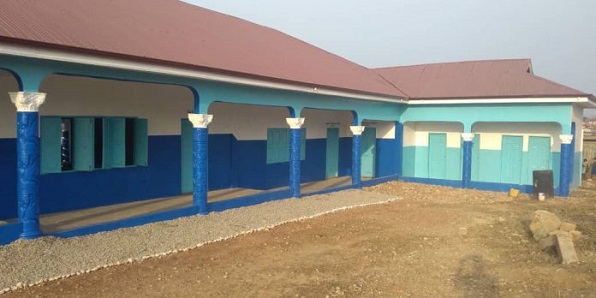 They were charged with conspiracy to commit crime to wit threat of harm, threat of harm, being on premises for unlawful purpose, and Possession of restricted drugs without lawful authority.

The Prosecuting Officer, Chief Inspector Banabas Mends told the court that, on July 5,2022 ,it came to the notice of the teachers of Akyem Anyinasin Methodist Junior High school that some of the students were using drugs in the school. The teachers later established that a student by the name Amoako, nephew of accused chemical seller Gyentu Darkwa took the drug being diazepam from the drug store of his Uncle and send them to the school and gave them to his classmates.

On July 26,2022 between 9:40pm to 10:50pm, the accused persons (excluding the drug store owner), and others at large who were armed with clubs confronted the complainants in the case – Owusu Asabre, 28, Asamoah Kissi Stanley ,27 ,and Boafo Evans ,29, all teachers in the school to intimidate them.

In the process, they forced one of the teachers – Owusu Asabre to kneel for minutes as his punishment.

They subsequently threatened to harm the teachers if they joke with them.

They had also threatened the teachers earlier for alleging they supplied the Diazepam (D10) drug to the students.