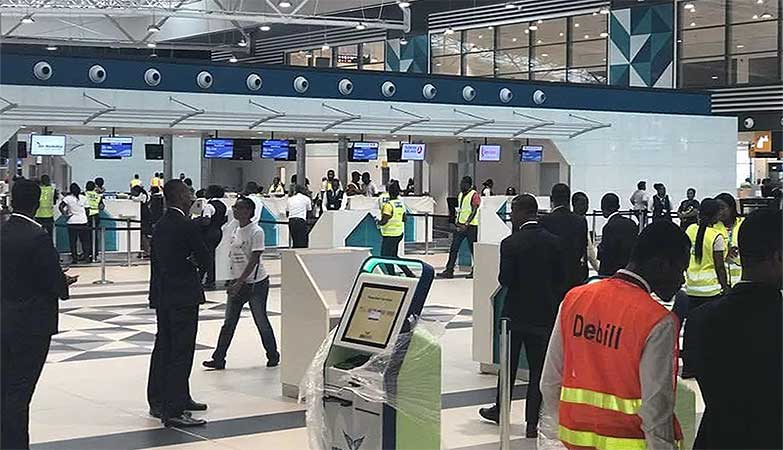 The National Labour Commission (NLC) has secured an interlocutory injunction against the intended strike action by workers of the Ghana Airport Company Limited (GACL).

The staff have accused the company’s Managing Director, Yaw Kawkaw of being incompetent and demanded his removal from office.

The GACL had served notice of laying down their tools on Monday, October 19, 2020, to force the appropriate authorities to yield to their demands but the Labour Commission went to court to compel the workers to rescind the decision.

The High Court in its order given by Justice Kweku Ackaah Boafo, directed that: “the Respondent Union herein whether by themselves, executives, officers, members, agents, servants, employees or other persons are restrained from embarking on the intended illegal strike action on Monday, 19th October 2020… It is hereby also ordered that the order shall be valid for ten (10) days”.

The GACL has given the Presidency a 14-day ultimatum to remove Yaw Kawkaw from office.

GACL staff have been protesting since July over the Aviation Ministry’s plan to engage Turkish firm, TAV-Summa Consortium, as a strategic partner for expansion works at the Airport, coupled with allegations that the management of the Airport had been ceded to a private player.

But the latest disagreement is with their Managing Director who they accuse of mismanagement, outsourcing of key services at exorbitant costs, lack of interest in staff welfare among others.

The workers claim: “the Managing Director since assumption of office two years ago has demonstrated gross incompetence, insensitivity and lack of understanding of the critical aviation industry and therefore his continuous stay in office will further derail the progress of the company.”