No hand sanitizer, no trotro - GPRTU to passengers 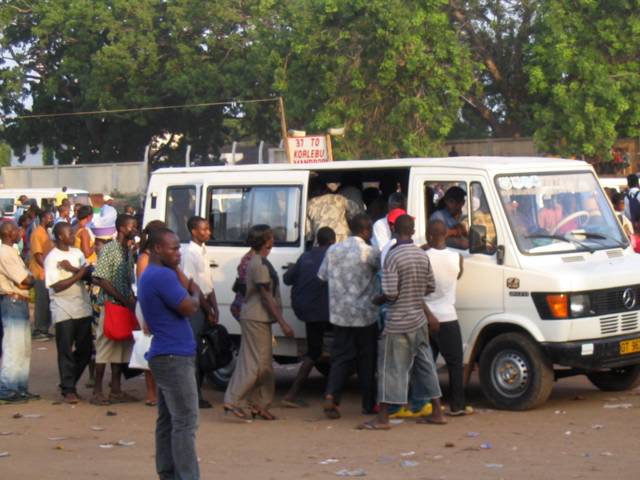 The Ghana Private Road Transport Union (GPRTU) has served notice that they will from next week prevent passengers without hand sanitizers from boarding their buses.

According to theÂ North Darkuman branch of the GPRTU, they have started disinfecting the buses and every bus that will be on scale from today will be disinfected.

Branch secretary of the North Dakuman GPRTU, William Owereku in an interview with Citi FM said passengers are from next week encouraged to come with their hand sanitizers.Â

"We are disinfecting the buses, the seats where passengers usually hold and everywhere. Anytime a bus is on a scale to load they have already been disinfected, we are also advising the passengers to come with their hand sanitizers, if from next week you don't have we will not allow you to board our bus. These are some initial measures being taking.."

There have been many concerns after the President yesterday banned public gatherings for four weeks, among some of the concerns is how people will protect themselves in commercial vehicles.Â

These commercial vehicles have turned out to be the most common means of transportation in the country.

Former President and flagbearer for the NDC, John Mahama said former appointees during his tenure are ready to help the government in its fight to prevent the spread of Covid-19.

Speaking on the Covid-19 outbreak and the confirmed cases in Ghana, John Mahama said appointees of his administration who assisted in the country's readiness effort during the ebola crisis will be available to assist if being called upon.

"Former appointees who assisted in our readiness effort during the ebola crisis will assist the government in any way they can if requested to do so.."

In a Facebook address, John Mahama also called on ECOWAS and the UN to put in place enforceable protocols in dealing with the pandemic.