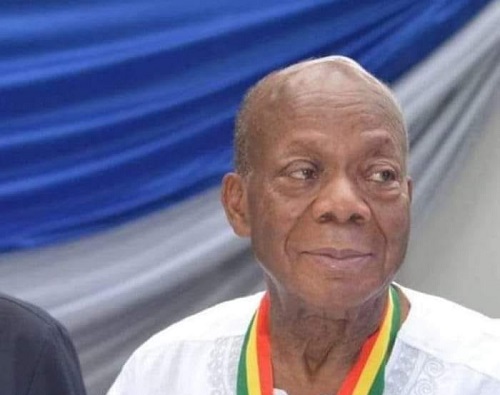 The New Patriotic Party, NPP has described the death of former National Chairman of NPP Haruna Esseku as a 'huge loss' to the party and by extension Ghana.

As a mark of respect in honour of his memory, the NPP has directed that all party flags at the national headquarters and in the respective regions and constituencies be flown at half-mast for the next seven days.

"The New Patriotic Party, NPP has received with grief, news of the passing of Hon. Haruna Esseku, a statesman and a founding member of the Party, which sad event occured on Wednesday, August 3, 2022," portions of the statement read.

"Haruna Esseku's contributions to the Danquah-Busia-Dombo political tradition and Ghana at large cannot be overemphasized. His passing is, therefore, a huge loss to both the NPP and the country. We have, indeed, lost a father, mentor and colossus."

Haurna Esseku was a Minister of Transport and Communications within the Second Republic.
READ ALSO: Stephen Ntim pays tribute to former NPP National Chairman, Harona Esseku
The late Harona Esseku was honored with the Order of the Star of Ghana award by former President John Agyekum Kufuor in 2007. 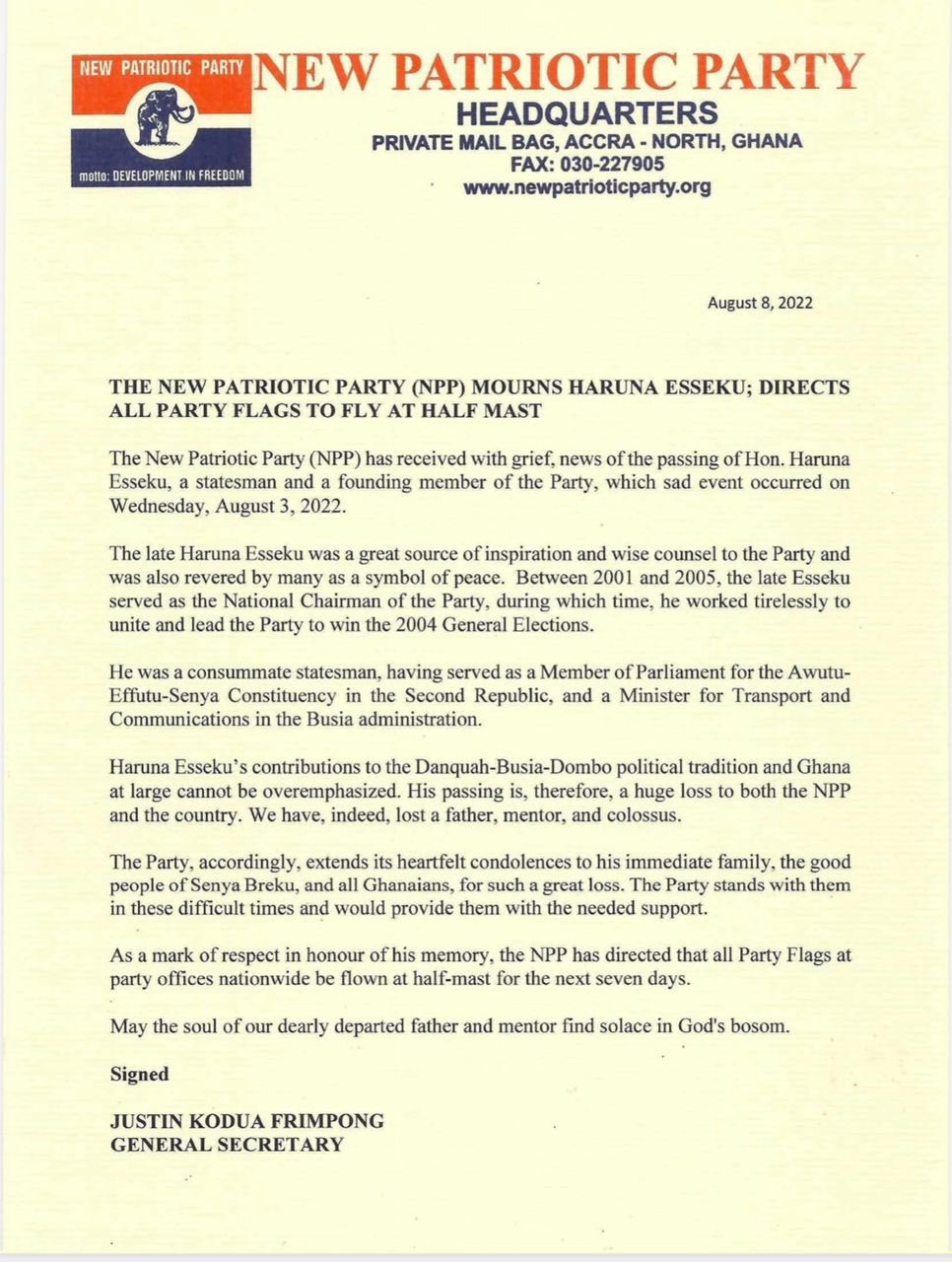