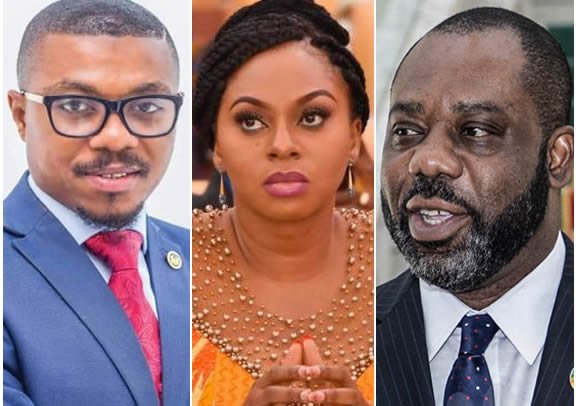 The National Union of Ghana Students (NUGS) has called for investigations into scholarships awarded by GETFund between 2012 and 2018 followingÂ an audit report from the office of the Auditor-General.

It has emerged from the office of the Auditor-General thatÂ three notable government appointees have been captured as scholarship beneficiaries. They include Minister for Education Mathew Opoku Prempeh, Procurement Minister, Sarah Adwoa Safo and the Executive Secretary of the National Council for Curriculum and Assessment (NaCCA), Prince Hamidu Armah.

According to the Auditor General's report, the Procurement Minister Adwoa Safo applied and obtainedÂ $12,800 in allowances with $17,004 in tuition fees to study at the Harvard Kennedy school.

The Minister of Education Mathew Opoku Prempeh received $12,800 for living expenses and $11,200 as tuition fees for a security course at Harvard University.

The Executive Secretary of the National Council for Curriculum and Assessment (NaCCA), Prince Armah also received Â£38,400 for living expenses in addition to Â£33,000 for tuition fees.

Reacting to the latest report from the Auditor General's office on the GETfund and award of scholarships on Starr FM today, the President of NUGS, Isaac J Hyde said the Union is disappointedÂ

''The matter is worrying. As a matter of fact each and every year we have a number of students who are unable to continue their education. People win scholarships and you go to GETfund and they are unable to fund it. And these are people in our security who can pay their school fees and other advancements in education as been beneficiaries of the fund. We are disappointed and hoping further investigations will be conducted into the issue to see the way forward.''

He added that: ''The purpose of GETfund of which the NUGS champion its ideology in 2000 was to support needy students not people who are parliamentarians and who are eligible to pay their own fees so that is where the problem lies''.

The President of NUGS also called for transparency into the way and manner scholarship funds are disbursed by the GETfund in the country.

On his part, anti-graft campaigner Vitus Azeem has stated that public officials who used their positions to obtain GETfund scholarships in the past should be made to pay back the sponsorship fees to the state.

According to him, even though they could not be blamed for securing the scholarships, they should, out of good conscience, payback since they are not needy students as stipulated by the Act of the scholarship scheme.