Nyantakyi's case : We won't rush to court to be subject of ridicule - AG 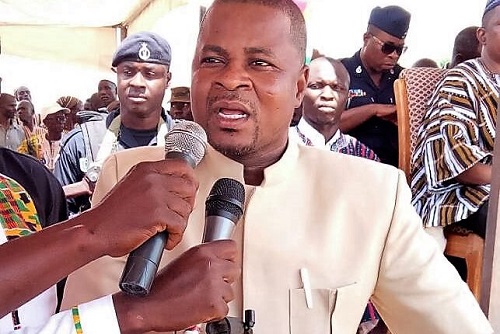 The Attorney General's Department says they are putting together the needed evidence before heading to court in the corruption case brought against former GFA President, Kwesi Nyantakyi.

Speaking to Citi FM, the Deputy Attorney General Joseph Kpemka said his outfit will not head to court without the needed preparations to become a subject of public ridicule.

"We are not prepared to rush to court get crash and become a subject of ridicule.." Explaining why it has taken the AG's department almost a year for the prosecution of the case, Joseph Kpemka said, "Let me state that we are and we will do what is needful, go to court when we are ready and in this particular case we shall go to court when we are ready, let me reiterate that the AG goes to court only when you are ready with your fact and all evidence gathered otherwise if you rush to court you will crush, we may see video evidence but when it comes to investigation and conclusions that will be arrived at for you to go to court you need to plug all loopholes otherwise you will arrive in court and a technical point can be used against you.

Nyantakyi's case will soon be in court

Gloria Akuffo has also disclosed that the death of Ahmed Suale, an investigator with Tiger Eye PI hampered her outfit’s efforts to investigate the corruption case brought against the former President of the Ghana Football Association (GFA), Kwasi Nyantakyi.

Updating Parliament on the matter today, Thursday, after her initial postponement, Madam Akuffo indicated that the case will, however, be in court soon.

The Member of Parliament for Mion constituency, Mohammed Abdul-Aziz filed the question to the Attorney General as he believes the information is important for the governance of the country.

The Attorney General told the House that the review of the docket has however been completed and the “presentation of the case in court is imminent.”

She said that after an initial review of the docket by a team of prosecutors, the police were in January 2019 requested to furnish the Office of the Attorney General with some further documents to facilitate the completion of the review.

According to Gloria Akuffo, although she asked the Tiger Eye team to present her with the said documents together with all videos on the investigations in March 2019 adding that these details were however made available to her office in May 2019.