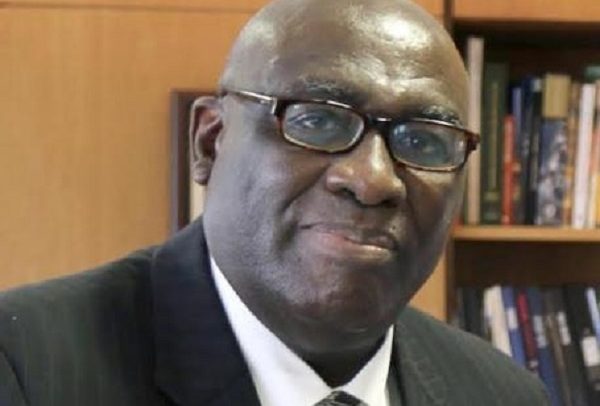 Ghana's High Commissioner to the United Kingdom, Papa Owusu-Ankomah has been appointed honorary patron of the UK-Ghana Chamber of Commerce (UKGCC)-UK based advisory board.

The former Member of Parliament for the Sekondi constituency has been serving as Ghana's Commissioner to the UK and Republic of Ireland since June 2017.

During the era of President Kufuor he served as Attorney General and Minister for Justice, Majority Leader and Minister for Parliamentary Affairs, Interior, Education, Science and Sports, as well as Trade, Industry, Private Sector Development and President's Special Initiatives.

The UKGCC's key objective is to facilitate the entry of UK businesses into the Ghanaian trade industry space.

Below is the appointment statement 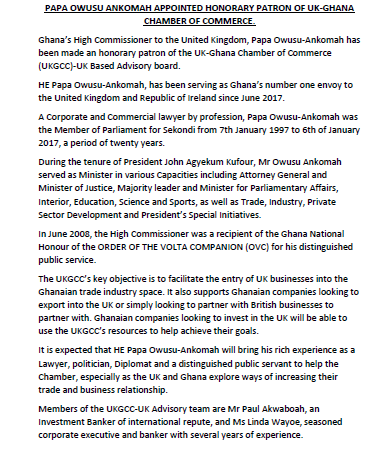