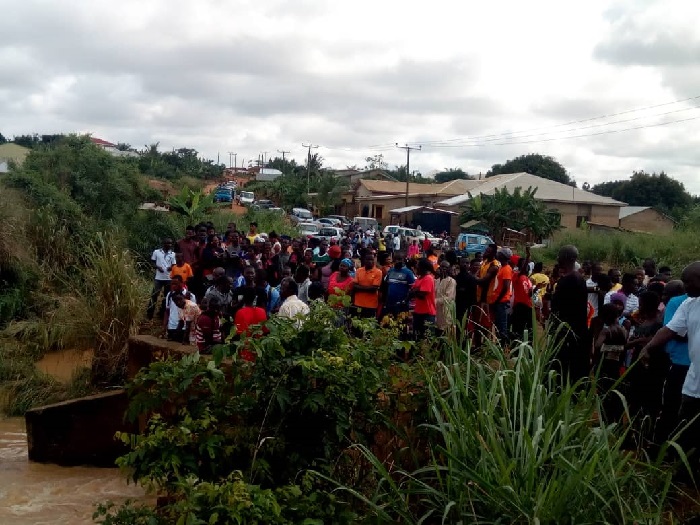 Six Jehovah Witnesses have died after the car they were travelling in was swept away by floods waters at Adagya in the Bosomtwi District of the Ashanti Region.

Four of the deceased have been identified as 52-year-old Kofi Wereko, his wife Abena Mercy, who is in her late 30s, and his son 15-year-old Okyere Wereko.

Another occupant has also been identified as Asare Offei.

The other two persons are yet to be identified.

The victims were said to be returning from a construction site where the Church was putting up a Kingdom Hall.

The car was carried away by the floods at a collaps

ed bridge in the area.

It took the intervention of a joint team of divers and officials from the National Disaster Management Organization and the Ghana National Fire Service to recover the bodies.

The bodies have been deposited at the Pramso Government Hospital morgue.

Residents in the area say the bridge which collapsed about year ago is yet to receive any attention from authorities.

Chief Executive for the Bosomtwi District, Joseph Kwasi Asuming says his outfit will make provisions for an interim bridge before a major construction is done.