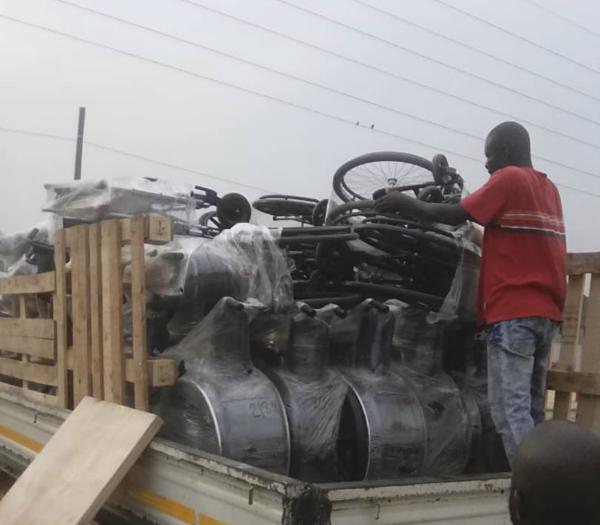 Member of Parliament for North Tongu Samuel Okudzeto Ablakwa has extended a helping hand to the less privileged in his constituents.

As it's Christmas, and a season of giving, the MP has dispatched wheelchairs to all the physically challenged in North Tongu, Volta region.

He also took the initiative to replace all the rickety ones in his constituents.

The former deputy Minister of State tweeted "Our North Tongu Christmas project this year is to dispatch free wheelchairs to all physically challenged and to replace all rickety wheelchairs of my beloved constituents.

Showing compassion to the vulnerable is the acme of Christmas.

Our North Tongu Christmas project this year is to dispatch free wheelchairs to all physically challenged and to replace all rickety wheelchairs of my beloved constituents.

Showing compassion to the vulnerable is the acme of Christmas.

What is Christmas and When Did it Start

Christmas is the annual Christian festival celebrating Christ's birth, held on December 25 in the Western Church. The traditional date of December 25 goes back as far as A.D. 273. Two pagan festivals honoring the sun were also celebrated on that day and it is possible that December 25 was chosen to counteract the influence of paganism.

To this day some people feel uncomfortable with Christmas because they think it is somehow tainted by the pagan festivals held on that day. But Christians have long believed that the gospel not only transcends culture, it also transforms it. In A.D. 320 one theologian answered this criticism by noting, “We hold this day holy, not like the pagans because of the birth of the sun, but because of him who made it.”

The Dates of Christmas

Why do we celebrate on December 25th?
There are two specific theories for why we use the date of December 25th for Christmas.

First, People and religion of the day celebrated some sort of holiday around that time. From Jewish Chanukah to Pagan Winter Solstice to Germanic Yule to Roman Dies Natalis Solis Invicti (Birth of the Unconquered Sun); the sheer number of celebration days with their trees, decorations, yule logs, mistletoe and feasts seem to point to a season of celebration to which Christians added the birth of Jesus as a counter-cultural event and possibly even an escape from the pagan holidays for early believers.

December 25th was the Saturnalia Festival of emancipation, gift giving and the triumph of light after the longest night. The Christian sees the truth implicit in this pagan tradition that reflects: Christ the Light of the world, His triumph over the night of sin in Luke 1:78-79: