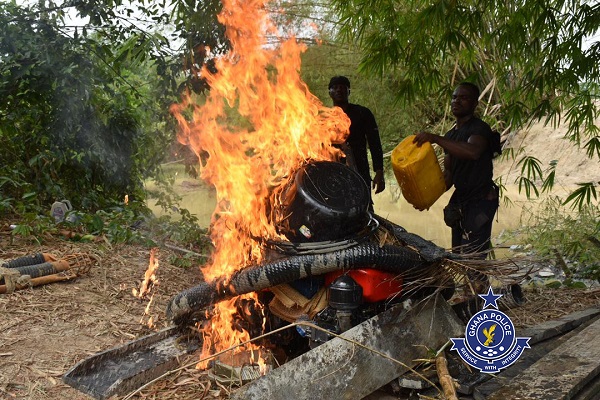 The Western Regional Operation Vanguard 17 Task Force have embarked on an operation where they have destroyed fifty-nine (59) Changfang machines built on Tano and Bonsa rivers in the Western Region by illegal miners. 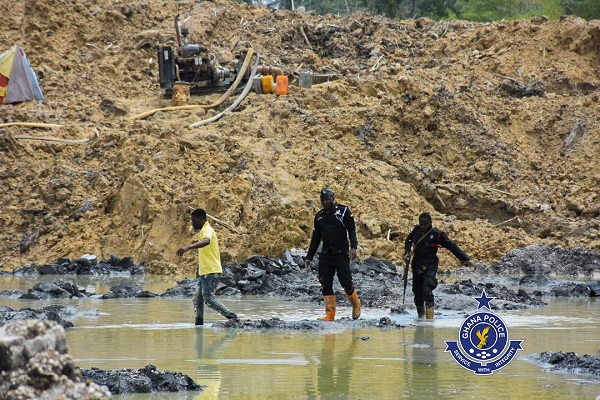 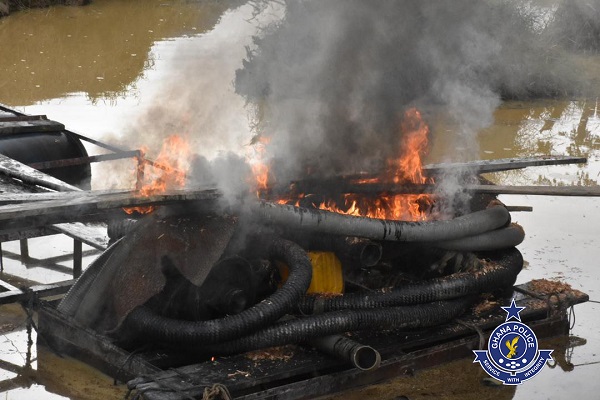 This exercise forms part of the mandate of the police to curb illegal mining activities and water pollution in the region. 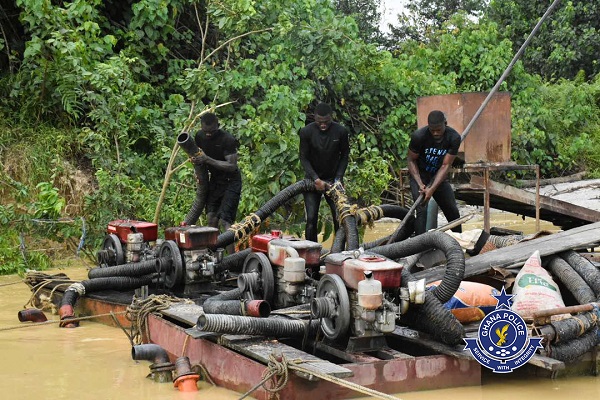 The activities of these floating boats on the rivers among others are the main cause of the poor water turbidity. 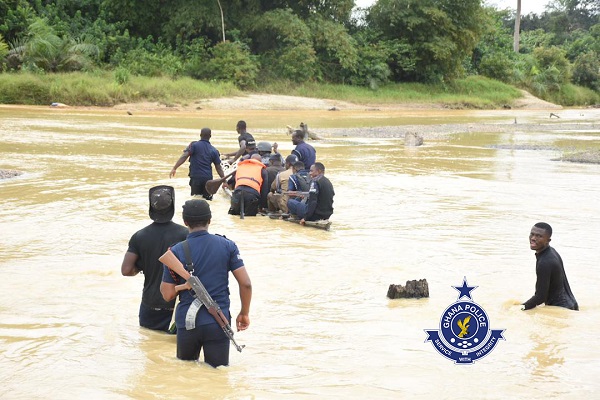 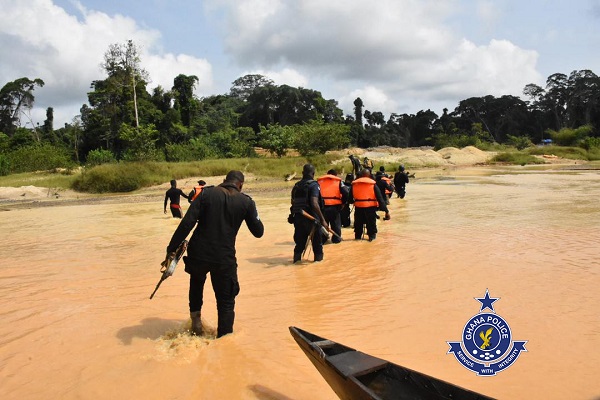 Illegal miners are warned to stop the act or be arrested to face the full rigours of the law.