Police explains why they rejected food donation from Barker-Vormawor 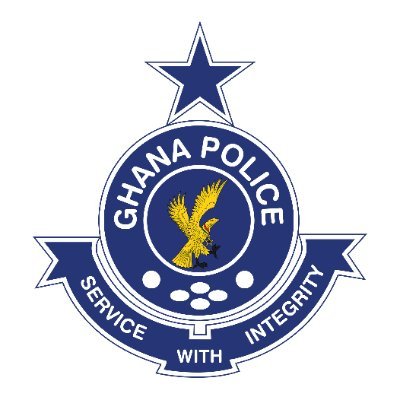 The Police Command in a statement said it got to know from some media platforms that Mr. Oliver Barker-Vormawor, recently out on bail on a charge of treason felony, intended to make a donation of some food at the Police station.

According to the Police, Mr. Barker-Vormawor was informed through his lawyers that the intended donation was against Police Standard Operating Procedure (SoP) on the feeding of persons in Police custody and was asked to refrain from such action.

“In spite of the notice given him, he showed up at the Police station in the company of some other individuals and a musical band with the obvious intention still of making the donation and creating unnecessary drama,” it added.

The Police say it had no choice but to refuse him the opportunity.

READ ALSO: University of Cambridge's latest statement on the arrest of Barker-Vormawor

“After loitering at the station for a while amidst noise making and inconveniencing other persons at the station, he and his group finally dispersed, the police further recounted.

“The claims by Mr. Vormawor that he donated the food at the station but was later called to come back for them as a result of an order from above is false and should be disregarded,” the statement clarified.

It stressed that the feeding of persons in Police custody is the responsibility of the government and it is a responsibility that is discharged according to law and laid down procedures.

“However, due to our cultural sensitivities and arrangements, families of suspects are usually allowed to provide food to them from time to time.”

The Police Command further explained that food items brought to suspects in custody are subjected to stringent safety and security protocols before being accepted and given for consumption.

“We wish to further state categorically that the Police are held accountable for whatever happens to persons in our custody, and for that reason, we take all necessary precautions to ensure their safety. We, therefore, do not accept food from any sources except families and people nominated by the suspects being held in custody for that purpose.”

The Police Command wondered what Mr. Vormawor’s actual intentions are, “since the feeding of suspects in custody is hardly an enterprise he can sustain even for more than a day.”

“We, therefore, urge the public to disregard his antics which are obviously calculated just to court public attention. We assured the public that we will continue to discharge our duties to keep the nation safe and secure at all times.” 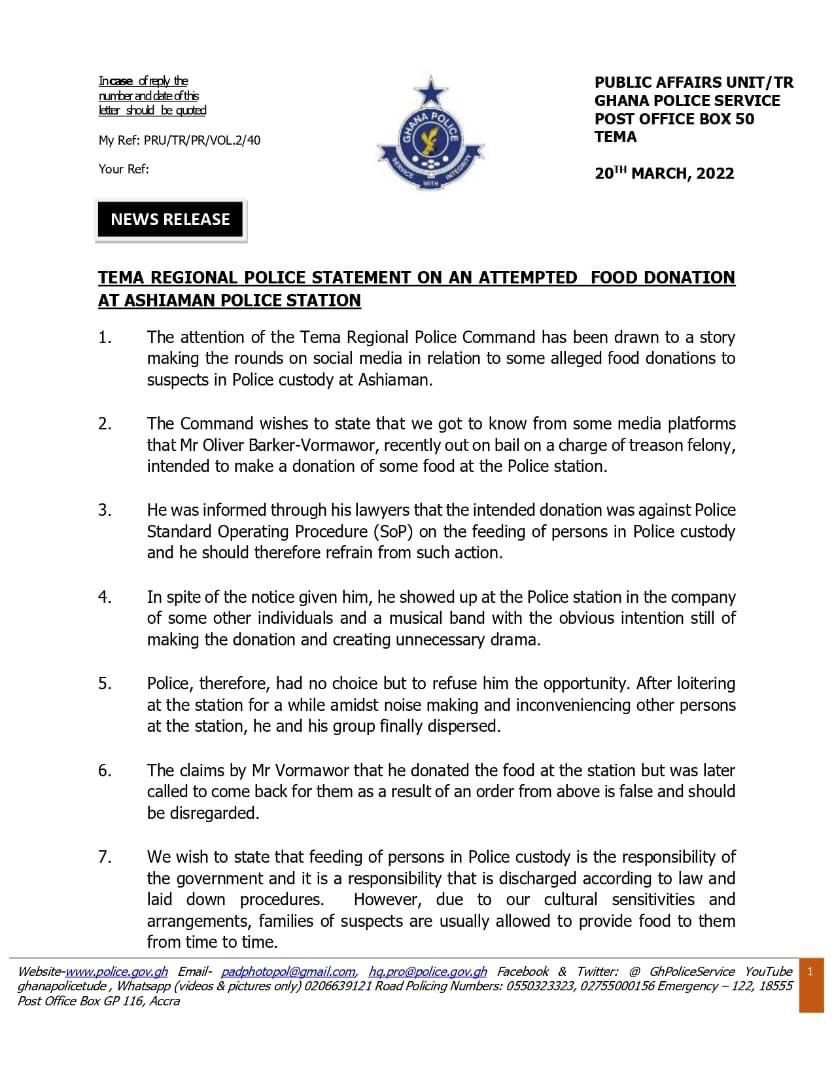 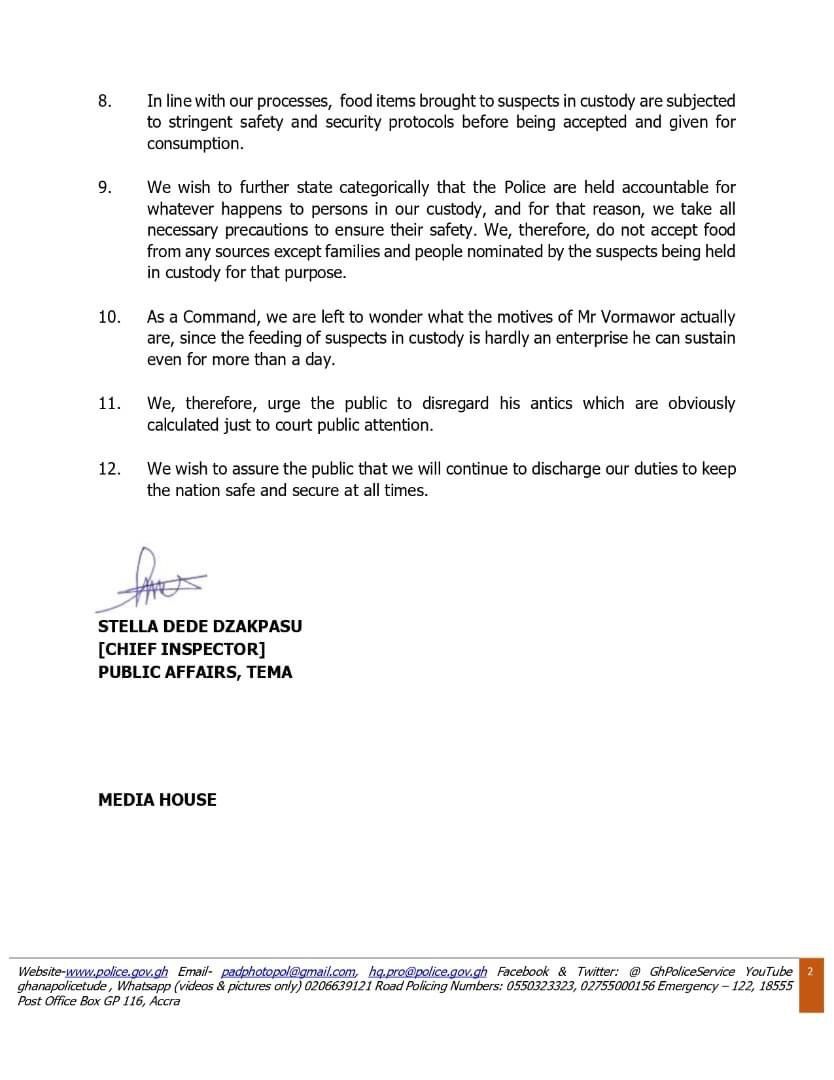