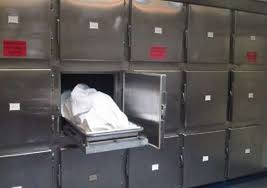 There will be a mass burial exercise of unidentified and unclaimed dead bodies, the Police Hospital in Accra has announced.

This exercise as announced is aimed at decongesting the mortuary of the hospital.

This was made known in a statement signed by DSP Yaw Nketia-Yeboah and released on April 17, 2020.

The statement, however, said bodies are not being released to the public for burial due to the ban on public gathering but families who which to adhere to the private burial directive can go for the bodies and do so.

There is a ban on public gathering such as funerals, weddings among others, those who wish to perform such function are directed not to have more than 25 people present. 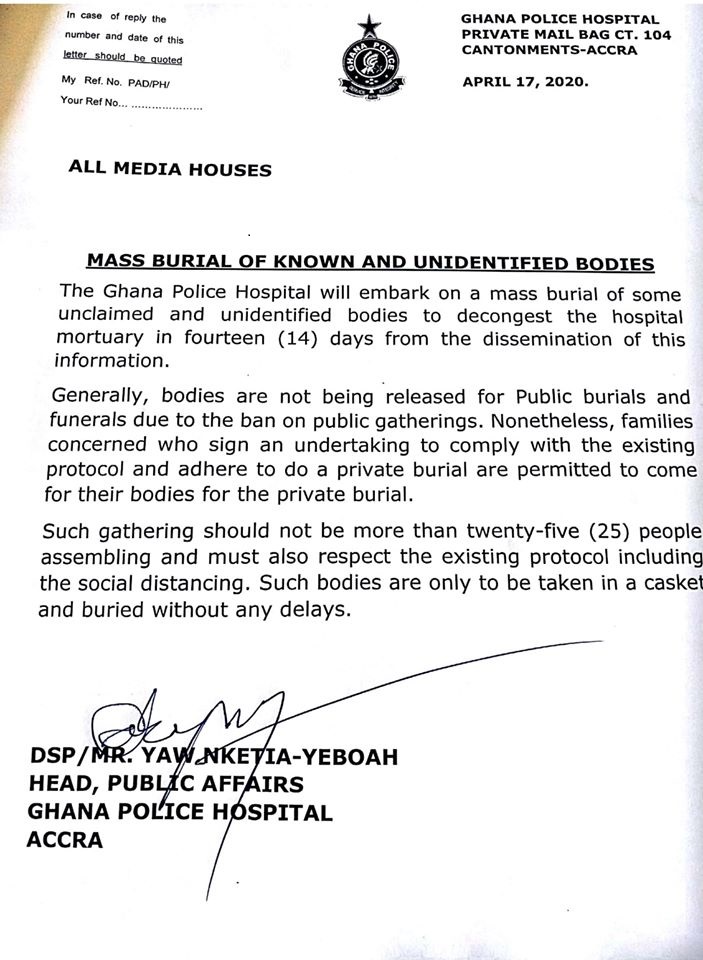