Police investigate death of a man at Accra Zoo 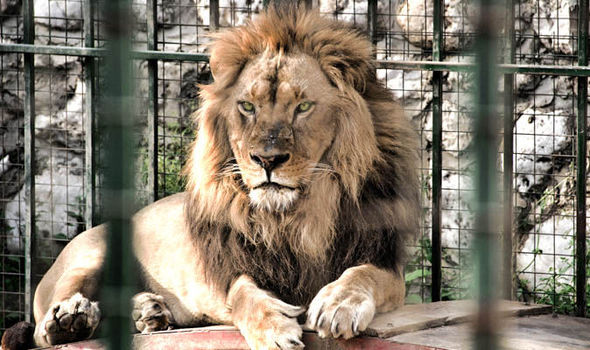 The Police have commenced investigation into the circumstances surrounding the death of a man who was allegedly attacked by one of the lions at the Accra Zoo.

The victim who is yet to be identified was found dead in the lion enclosure of the zoo today, 28th August 2022.

After the necessary forensic examination of the scene, the body was removed and has been deposited at the Police Hospital morgue for preservation and autopsy.

The police are working with the management of the zoo and the Forestry Commission to get to the bottom of this unfortunate incident.

The forestry commission earlier announced the death of the man at the zoo after he reportedly scaled the fence and entered the lions den. 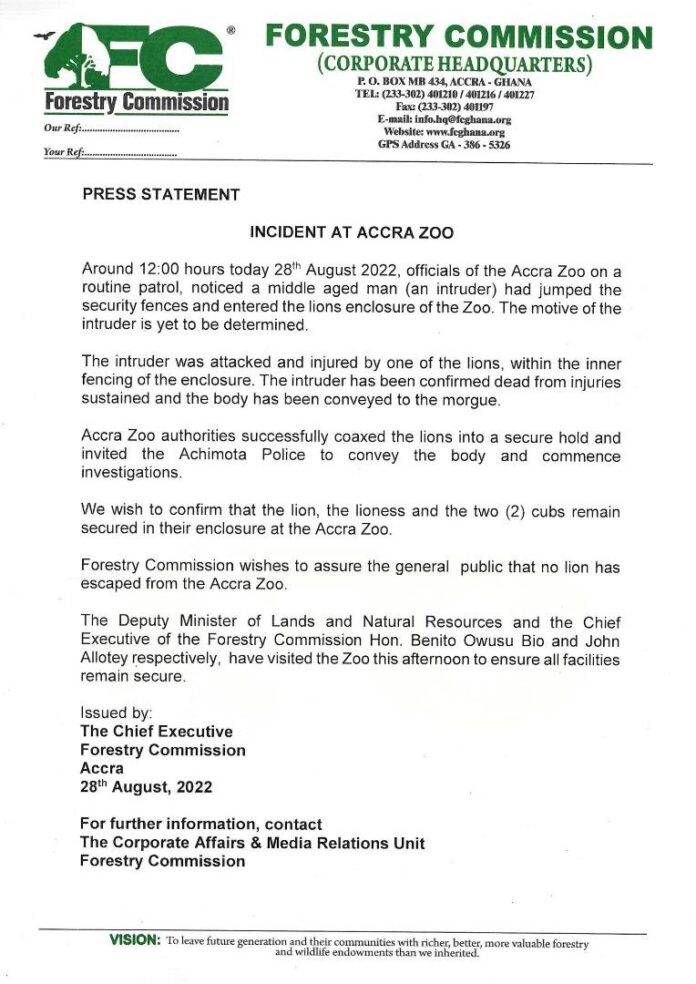