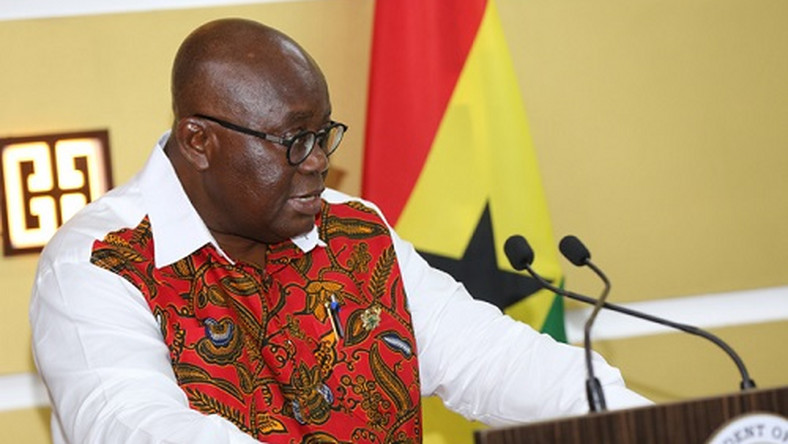 The President, Akufo-Addo on Friday cut the sod for the construction of the Pwalugu Multipurpose Dam in the Talensi District in the Upper East Region.

The $993 million project which is being financed solely by the government, has been on the drawing board since the early 1960’s, and the sod-cutting ceremony was thus considered historic.

When completed, the multipurpose dam will address three main issues, namely irrigation, hydropower generation and flood control. The project is expected to be completed in about four years two months and would be executed by Sinohydro, a Chinese state-owned hydropower engineering and construction company.

READ ALSO: 51% of Ghanaians think economy is being managed well under Akufo-Addo

It has also become imperative for it to be constructed due to the annual floods and deaths that occur in the areas that are within the flow-way of the Bagre Dam from upstream Burkina Faso.

Attended by the Vice-President,Dr Mahamudu Bawumia, and ministers of state notably the Minister of Energy,Mr Peter Amewu, Members of Parliament, Metropolitan,Municipal and District Chief Executives, the event also attracted hundreds of residents, including traditional rulers from both the Upper East and the North East regions who are the main beneficiaries of the project.

There were also a Chinese delegation from Sinohydro, a Chinese state-owned hydropower engineering and construction company which will be executing the project.

Addressing a durbar to mark the sod-cutting ceremony at Pwalugu, President Akufo-Addo stated that commencement of the project was in fulfilment of his pledge to the people of the area to among others, address the annual flooding of the area and its devastating effects on the people.

“This is in fulfilment of the pledge the NPP government made to the people; we do not renege on our promises, we keep them, "the President pointed out.

President Akufo-Addo indicated that the project would be the single, largest investment ever made by any Government in the northern part of the country.

He said the government believed in the fact that the transformation and development of the North depended on infrastructural development while irrigation remained the key to ensuring food security.

The President further intimated that the project was expected to increase the country's annual rice production by about 117,000 tonnes,reduce rice importation by 16 per cent and contribute to the growth of the aquaculture sector.

President Akufo-Addo said among other benefits, the completed dam would reduce the cost of power distribution to the northern regions of Ghana, while industrialisation, modern commercial agriculture and value chain activities, as well as the general socio-economic environment, would be given a push.

He noted that the project when completed would also give the needed boost to the one-village-one-dam policy,the one-district-one factory policy and the Planting for Food and Jobs initiative.

He stated that about 2,200 skilled and unskilled Ghanaians were expected to get jobs as the project construction begins.

The Vice-President of China Power,Mr Zhu ChenYang, said his country would continue to support Ghana in infrastructural development and further pledged the preparedness of his country and company to adhere to all the regulatory framework guiding the successful completion of the project.

The Minister of Energy, Mr Peter Amewu, charged the construction company to strictly adhere to the local content of the project, meaning that citizens around the catchment area must be involved in the construction of the project. He indicated that it was for that reason that the Ministry of Energy had developed the Local Content Regulations Policy for the power sector.

He explained that the hydro power and solar plants would increase renewable energy generation and enhance the reliability of power supply to the Northern Electricity Distribution Company(NEDCo).

The Overlord of the Mamprugu traditional area in the North East Region, Naa Bohagu Abdulai Mahami Sheriga, in a speech read on his behalf by the Paramount Chief of the Talensi Traditional Area, Tongraan Nanlebegtang Kugbilsong, entreated the government to put in place effective measures to boost rice production in the north by supporting rice farmers to get ready market for the produce.

The Overlord also noted that the project when completed would also help revamp the Pwalugu Tomato Factory, power generation and put more money in the pockets of the unemployed youth of the catchment area.

Studies at the Pwalugu Dam site started as far back as the early 1960’s. Subsequently the Volta River Authority (VRA) conducted pre-feasibility studies on potential hydro sites in the White,Black and Oti River basins in the early 1990’s.

The current project activities started in 2013 when VRA with financial support from the Agence Francaise de Development of France and technical support from the World Bank conducted a feasibility study, as well as an Environmental and Social Impact Assessment for the construction of a Multipurpose Dam and Irrigation Scheme.

The VRA completed the study in 2018 and is now proceeding with the implementation phase of the project. The project area is located on the White Volta River in Ghana, about 16 kilometres east of the Pwalugu Bridge on the main Tamale-Bolgatanga road.

The primary components of the project include the construction of a Roller Compacted Concrete dam with an elevation of 168 metres above sea level near the Pwalugu Bridge on the White Volta River and with a reservoir covering an area of 262 square kilometres.

A power house consisting of two Kaplan turbines with 60 megawatts of installed capacity and a solar power plant of 50 megawatts would also be installed.

An irrigation scheme consisting of a 20-metre high water weir and canal network for about 25,000 hectares of land would be developed.

The 25,000 hectare irrigation scheme will be the largest in the country and will help boost economic activities in the Upper East and North East regions.