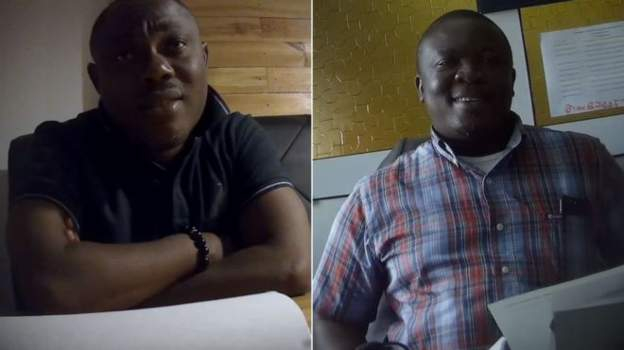 UG released a statement yesterday announcing the suspension for the two lecturers.

The Disciplinary Committee has completed their investigations and Prof. Ransford Gyampo and Dr. Paul Butakor have been handed six and four months suspension without pay respectively.

They will be required to receive a positive assessment after the training before the resumption of their duties, they are also required to undergo an annual assessment for a period of 5 years.

A fact-finding committee chaired by Justice Vida Akoto-Bamfo found evidence that they had contravened the relevant provisions on misconduct in the University of Ghana statutes and the code of conduct for academic senior members and recommended that the case be referred to the Disciplinary Committee for senior members.

The DC has completed their work and the school's management has accepted the recommendation of the Committee and has informed Prof. Gyampoh and Dr. Butakor accordingly.

Explaining their position on the matter,Â Francis Xavier Sosu added that the lecturers have not been found guilty of any sexual misconduct as being suggested by the university's release.