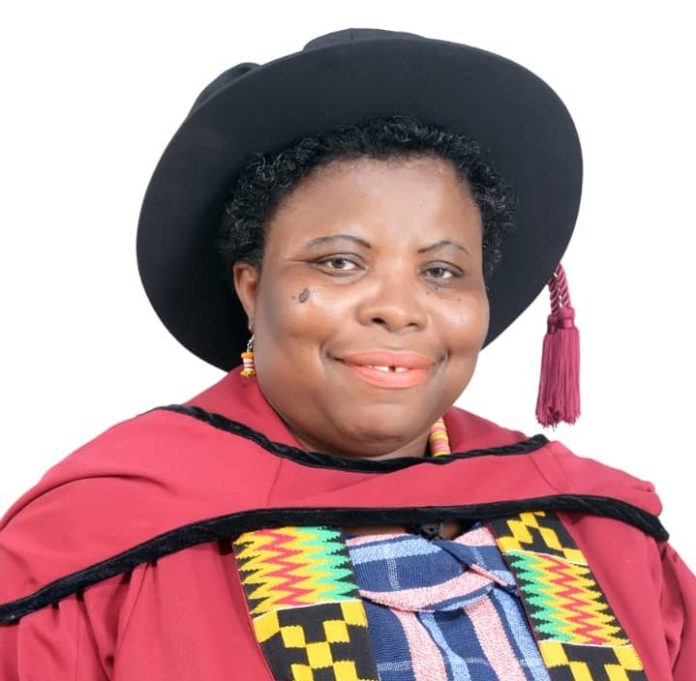 Professor Lydia Aziato, the first full professor within the nursing profession in Ghana has been appointed as the Vice-Chancellor of the University of Health and Allied Sciences (UHAS).

Her appointment was confirmed at a special meeting of the Governing Council of UHAS on Friday [June 3, 2022].

The appointment takes effect from August 1, 2022.

In addition to that, at the same meeting on Friday, the Governing Council also appointed Madam Yaa Amankwaa Opuni, a Senior Assistant Registrar, Human Resource, as the Registrar of UHAS.

The Registrar and Secretary to the council of UHAS, Dr Cynthia Sena Kpeglo made this known in a press release, dated June 3, 2022.

Prof Lydia Aziato has been a nurse for over 20 years.

She had her first degree in nursing and psychology in 2001 and in 2006, she graduated with an MPhil in Nursing from the University of Ghana.

She also has a specialty certificate in Oncology Nursing from the cross Cancer Institute in Edmonton, Canada and completed in 2006. Subsequently she graduated with a PhD in Nursing from the University of the Western Cape, South Africa in 2013.

She holds both local and international positions in nursing organizations such as Sigma Theta Tau.

She also serves on a number of boards and committees and she is an external examiner for a number of Universities in Ghana and internationally.

She has published in many credible international peer-reviewed journals and is a reviewer for more than ten credible journals.

She has advanced skills in qualitative research and curriculum development.

She is interested in training and mentoring young nurses and students to enhance their skills and independence.

Prior to her transfer to the Human Resource Unit, Ms. Opuni was the Assistant Registrar in the Registrar’s Office from September 2012 to January 2017.

She was among the core pioneer Senior Administrative and Professional Staff recruited to assist Management put systems and structures in place for the recruitment of staff and admission of students for the University in 2012. As part of her responsibilities, Ms. Opuni serviced some sub-committees and ad-hoc committees of the University Council and other Committees of the Academic Board. She is a Member of the Volta Regional Advisory Council of the National Media Commission, Patron of Camfed Ghana (UHAS Scholars) and a member of the Peace Council, Volta Region.