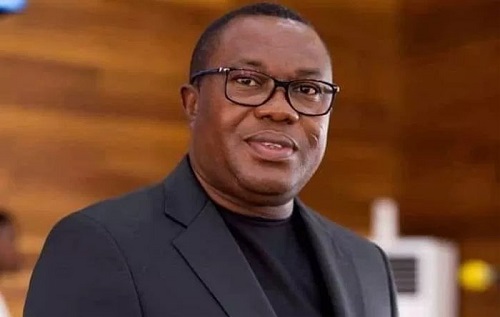 Prosecution's first witness in the Ofosu Ampofo's case for allegedly planning to cause mayhem has denied knowledge of a statement purportedly meant to be his evidence in chief.

The witness Benjamin Osei Ampofo Adjei who is a broadcast journalist with Adom FM told the court he did not author the content in the said witness statement though agreeing that the statement has his signature, he said he only signed a document brought to him on his way to read the news without reading through.

Speaking to the media after the court hearing, counsel for the accused person Abraham Amaliba said this is the first time he has seen a witness denying knowledge of an act purported to be his.

"In my practice, this is the first time I am seeing a witness in a witness box denying an act which was purported to be his act, it's a bad day. It simply means that these are trump up charges that is why it was difficult for the witness himself to accept the witness statement and there are trump up charges they needed to put up something for the witness to append his signature and so going forward we have raised some objections, the legal team will deal with the issues that have arisen....."

The NDC chairman, according to the prosecution, was captured on tape allegedly planning to commit crimes in the country and turn round to blame the ruling NPP.

According to the A-G's Department, the NDC gurus also incited party members to mount a relentless 'war' on the Chairperson of the EC, Jean Mensa, and Chairman of the National Peace Council, Rev. Prof. Emmanuel Asante.

The prosecution has said the leaked audio recording gives details on the strategies the NDC allegedly intends to use for the 2020 general election, one being the kidnappings of family members of political opponents.