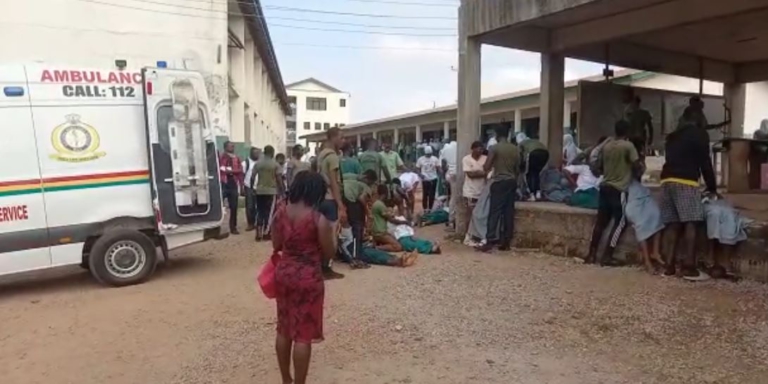 Some parents of students of Islamic Senior High School have stormed the campus and are demanding the release of their wards.

The police were called in to clear the road block and disperse the demonstrating crowd.