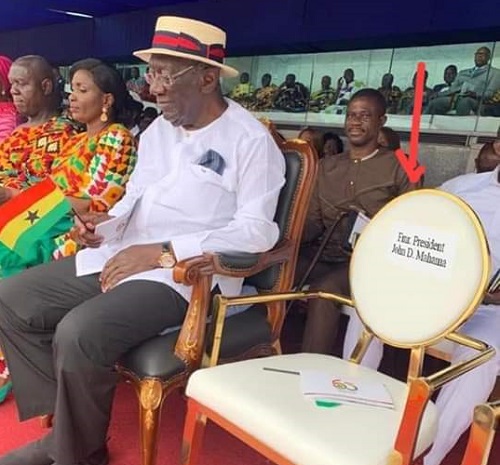 Many are asking questions as to why former Presidents John Mahama and John Rawlings are not present at Ghana's 63rd independence anniversary celebration.

The event which is being held at Kumasi in the Ashanti Region has seen both former Presidents missing.

READ ALSO: Let's all work towards a peaceful Ghana - Akufo-Addo to Ghanaians

But the event did not have most of the members of the opposition in attendance.

A Chair with the inscription John Mahama, which is close to former President John Agyekum Kufuor is empty.

Former President Jerry John Rawlings is also not at the Baba Yara Stadium.

Most of the Minority Members of Parliament were absent. It is unclear whether the National Democratic Congress (NDC) deliberately boycotted the event.

Vice President Bawumia and a host of other dignitaries also graced the occassion.

The event is being marked on the theme: â€˜Consolidating Our Gainsâ€™.