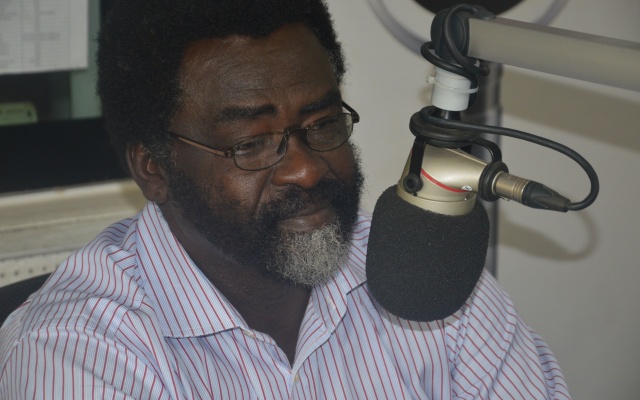 Former Political Science Lecturer of the Kwame Nkrumah University of Science and Technology, KNUST Dr Richard Amoako Baah has advised the government on the upcoming Referendum scheduled for December 17 2019.

According to Dr Amoako Baah, the government must draw a good picture for citizens concerning the upcoming referendum. Adding, the referendum needs to be explained to the citizenry to have adequate information about it before going to the polls on December 17 so as to make the right choices.

He said it is not enough to tell citizens to go and vote yes or no for Article 55 (3) to be amended when they do not understand what Article 55 (3) means.

Speaking on Class FM today, November 27 2019, the Former Lecturer at KNUST indicated the need to educate the public to understand what the process of the referendum is about

''We are in a great mess now because they brought in too much politics into it. Am not saying amendment of Article 55(3) is good or bad I am just saying we should take our time and do it right. Means we should understand the issues of referendum, we should draw a good picture for citizens it is not enough to say go and vote yes or no for Article 55 (3) where the person does not understand ''.

He added that: ''Whenever we are going for a referendum, it means you are telling the people to make laws for themselves instead of Parliament making the laws. Can u make the laws when you don't understand the issues you're talking about? he quizzed.''

The December 17 Referendum is aimed at amending Article 55(3) of the 1992 constitution which seeks to allow active participation of political parties in district level elections through the sponsorship of candidates.

The referendum will be held alongside district level elections. The proposed amendments to the constitution would allow for the direct election of Metropolitan, Municipal and District Chief Executives (MMDCEs) and allow political parties to be involved in local elections.

The proposed changes would involve amending article 243(1), which provides for the appointment of MMDCEs by the president, and Article 55(3), which bans political party activity in district-level elections. As article 55 is an entrenched clause, the referendum requires a turnout of at least 40% and over 75% of those voting to vote in favour of the proposal to be passed.

However, a survey conducted by the Institute of Local Government Studies (ILGS) indicates that 67% of Ghanaians are aware of the upcoming December 17 Referendum.

Meanwhile, the Human Right and Governance Centre has called for the cancellation of the upcoming December 17 referendum stating it is not advisable to allow political participation at the local level.