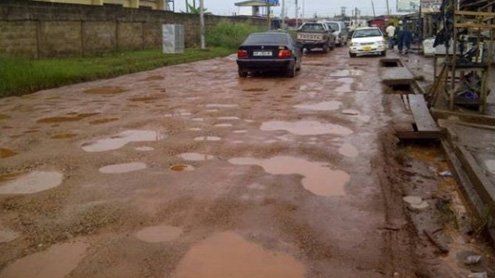 A former Member of Parliament for the La Dadekotopon constituency, Nii Amasah Namoale has appealed to President Akufo-Addo and the Minister for Roads and Highways, Kwesi Amoako Attah to ensure that funds are released for road maintenance.

According to him, major roads have been suspended over the years due to the government's refusal to release funds for the roads to be constructed to improve the living conditions of the citizenry.

Speaking on Adom FM, the former MP called on the President and Roads and Highways Minister to release funds to provide safe and sustainable road network

“I will appeal to President Akufo-Addo and the Minister for Roads and Highways, Kwasi Amoako Attah that they should release the monies for the maintenance of our roads,” he urged.

“Old roads are deteriorating and my worry is that the NPP government has failed to maintain these roads for road users. The deplorable nature of our roads is causing danger to those who ply that road,” he said.

He added that the erstwhile Mahama-led government had an excellent record of fixing the nation’s deplorable roads/highways before Ghanaians voted the regime out of power.

However, the Road Contractors Association have stated that they are not to be blamed for the deplorable nature of roads in Ghana.

They said inadequate government funding has rather forced contractors to pre-finance projects though they work on directives from the Ministry of Roads and Highways.

Meanwhile, the Vice President of the Progressive Road Contractors Association Mr Larbi advised that the government must not award contracts when there is no money to fund the project.