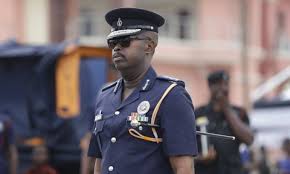 The Inspector-General of Police, James Oppong-Boanuh, has reshuffled for the second time this year the hierarchy of the police service nationwide.

In the latest reshuffle, Head of Research and Planning, COP Nathan Kofi Boakye has been moved to head the Legal and Prosecution Department of the Police Service.