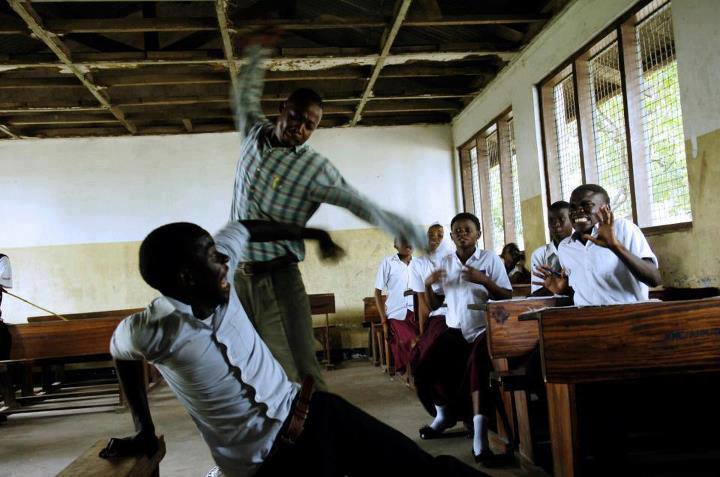 The Acting Executive Secretary of the National Inspectorate Board (NIB), Dr Haggar Hilda Ampadu has stated that using corporal punishment which harms students physically does not reform students.

Dr Ampadu advised all teachers and school owners to desist from using the extream measure in ‘disciplining’ students who flout school rules.

She made the statement during the National Inspectorate Board’s maiden press conference today, February 10, 2020 which is in accordance with the Ghana Education Service (GES) and the Ministry of Education’s (MOE’s) policy to ban caning and other forms of corporal punishment in schools.

“We agree with the ministry on this position that there should be positive approach that should be used other than meting out such physical harm on children,” Dr Ampadu said.

According to Dr Ampadu, the NIB continues to receive records of students being brutally beaten in schools in spite of the GES and MOE’s directives to ban the act.

“Through our inspections and also now coming into the media, we have received quite a bit of reports of students still being beaten with canes to the extent that some have bodily harm,” she stated.

She urged all individuals within the country to adopt better ways of disciplining children and to not resort to harming them physically, as it would have a long term negative impact on them.

“As a parent myself and as a citizen of this country, I believe there are better ways that we can use to discipline our children other than meting physical pain on them, which is going to leave them with emotional and psychological scars for the rest of their lives,” she said.

Dr Hilda Ampadu recommended the participatory approach as the best way to discipline children whether in schools, or in their homes.

“So the policy that is out there is of positive discipline of a child and the approach is to have a participatory approach; involve the child, let them know what they did wrong, and explain to them what they can do better the next time. It promotes mutual respect. We as a standard setting agency wants to believe that this is a standard that has been set by the ministry on how learners should be disciplined should they do something wrong and we urge the general public, especially the school leadership and the school owners, to go by this policy,” she stated.