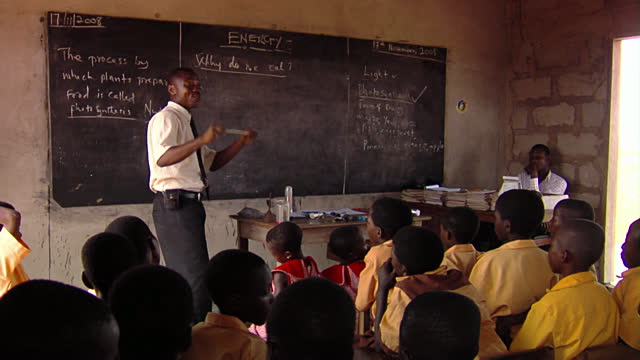 The Coalition of Concerned Teachers has indicated that the court can compel them to return to the classrooms but they will not put in their best to teach the students.

According to the teachers, if they are forced to return to the classrooms they might not teach and it can affect the academics of students.

This follows the National Labour Commission, NLC securing a court order to compel striking teachers to return to the classroom.

The latest move by the NLC comes after the three teacher unions defied an earlier directive to call off the strike which the commission says it is illegal.

The Executive Secretary of the NLC, Ofosu Asamoah commenting on their latest action said the NLC had to secure to the court order to enforce compliance to their order. Adding the teachers have no option than to comply because if they don't they will be in contempt of court and face possible prison sentence.

Starr FM speaking to the President of the Coalition of Concerned Teachers, King Ali Awudu, he stated that teachers could be compelled to the classrooms but might not put in their best in contributing to the academic progress of students.

''It's not about compelling the teachers, it's about meeting the demands of the teachers or making sure that you sit down with them and say something which is convincing amidst the various promises which has not come to pass. You come out and say something meaningful let us see some evidence of payment but you don't say you have gone to secure some court order and you are forcing the teacher to go to the classroom. Is the executive secretary of the labour commission going to stand in all classrooms in this country to make sure the teachers deliver? That's what they should think about. The court order is extremely detrimental to the state.''