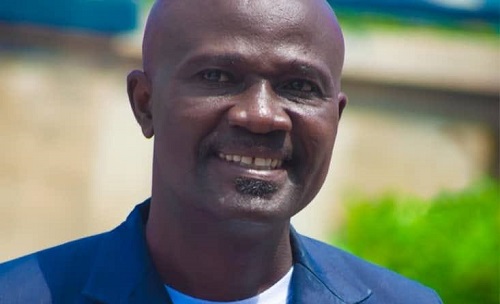 The Ashanti Regional Director for the National Service Scheme (NSS) Alex Opoku Mensah has rendered an unqualified apology for verbally assaulting a nurse at the Manhyia District Hospital.

Opoku Mensah said storming any hospital to verbally assault a nurse 'has never been my style."

According to him, he marched to the hospital "for a genuine reason to mediate a persistent issue between my daughter(Doctor) and a colleague nurse who I as well consider my daughter."

Opoku Mensah in a Facebook post on Tuesday apologised for his actions, assuring the public that "there shall not be a repetition of such."

"I understand the disappointment and appreciate the inconvenience my action has caused the general public as well as the Nursing FRATERNITY and Manhyia Hospital," he wrote.

*This has never been my style* but for a genuine reason to mediate a persistent issue between my daughter(Doctor) and a colleague nurse who I as well consider my daughter."

"I do apologize for any mishap and assure all, there shall not be a repetition of such."

"I look forward to maintaining a cordial relationship between any affected person."

His apology comes after Ghana Registered Nurses and Midwives Association (GRNMA) called for his dismal over Monday's incident.

Mr. Opoku Mensah, whose daughter is undergoing her medical housemanship at the Manhyia District Hospital in Kumasi, went to the facility on Monday to verbally abuse a nurse who had a misunderstanding with his daughter.

In a statement, GRNMA said they have given the government a 72-hour ultimatum to sack the appointee else they will embark on industrial action.