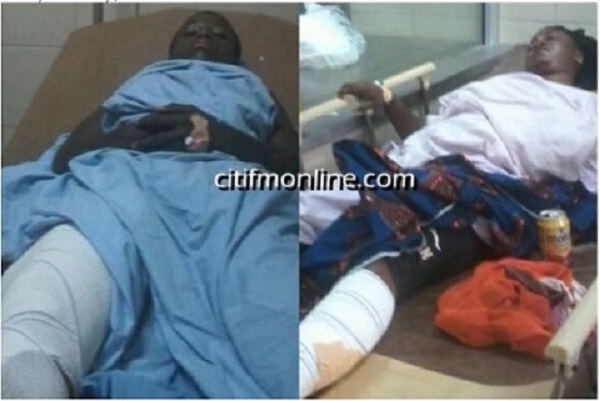 Three people died while 15 others were injured while they were celebrating the inauguration of President Nana Akufo-Addo’s on Saturday.

The victims were having a street jam at near Nyinahin in the Atwima Mponua District of Ashanti Region when a taxi lost control and rammed into them.

A young girl immediately died on the spot while 17 others were injured, according to a report by citifmonline.com.

The injured were rushed to the Komfo Anokye Teaching Hospital where two more victims died.

Police say the driver of the taxi was inexperienced and did not have a licence to drive.

He was said to have driven the taxi without the permission of his senior brother who owned the car.

DSP Andrews Anyane, the Atwima Divisional Commander of the MTTD, who confirmed the incident to Citi News said the culprit, Kwadwo Arhin tried to abscond but Police at Nyanahin nabbed him.