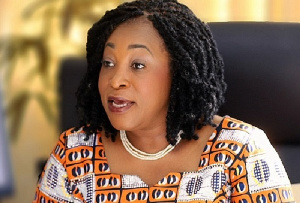 Per a series of tweets from the Minister, Nigeria’s Foreign Minister said the government’s crackdown on foreigners in retail trade, some of whom are Nigerian, was to garner votes.

She said such comments were “most unfortunate” for relations between Ghana and Nigeria.

Relations between Ghana and Nigeria have been strained because disputes over the status of foreign traders, which led to the temporary closure of some Nigerian-owned shops in the enforcement of Section 27 (1) of the GIPC Act.

Nigeria has threatened retaliation of closure of shops of its citizens in Ghana.

According to him, he has been briefed by their Commission here in Ghana and they are considering dragging Ghana to the Community Court of Justice, ECOWAS for breach of protocols.