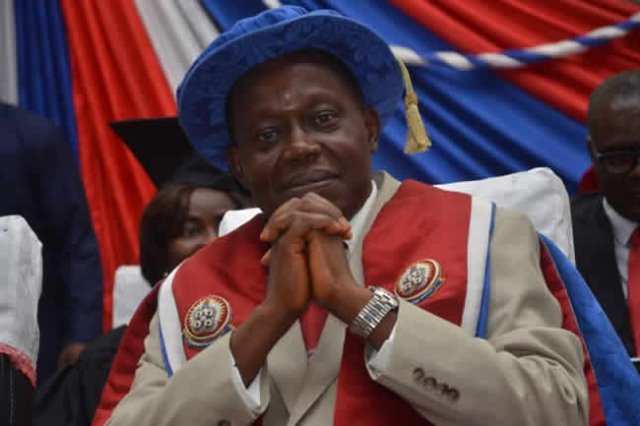 Prof. Anthony Afful-Broni, Vice-Chancellor of the University of Education, Winneba (UEW), has been summoned by Parliament's Eduction Committee.

Mr Afful-Broni is expected to appear before the House and answer to questions surrounding the current impasse that led to the indefinite closure of the University early this month.

The controversy started when in 2017, the governing council of the University asked then Vice-Chancellor, Prof. Mawutor Avoke and four other top officials to step aside.

This was after one Supi Kofi Kwayera suspected to be a front for the MP for the area, Alexander Afenyo Markin, filed a complaint alleging financial and procurement irregularities against them.

After that incident, the Supreme Court quashed a decision by the High Court in Winneba that found Prof. Avoke and another guilty of these procurement and other financial irregularities.

Things seem to have been settled after series of meeting until the current Vice-Chancellor sacked three lecturers thought to be influential, for varying reasons including failing to cooperate with management and instituting legal action the school.

Alexander Afenyo Markin, who is the MP fell out with Prof. Afful-Broni and assured the public that the sacked lecturers would be reinstated but this was contradicted by the University Council.

The University Teachers Association of Ghana (UTAG) also demanded the removal of the Vice-Chancellor and the Chairman of the University’s Council Prof. Nicholas Abakah.

However, some group of lecturers in the school calling themselves Concerned Lecturers, have dissociated themselves from UTAG' and are demanding the resignation of the UTAG National President, Dr. Eric Opoku Mensah.

There were several calls from the minority in parliament backing the resignation of the Vice-Chancellor and the Council Chairman of the University.

The Education Committee in Parliament is not impressed with the back and forth. They have asked the Vice-Chancellor to report to the Committee after a meeting with UTAG Executives over the development.

“The UEW issue is a concern to all Ghanaians and all major stakeholders including Parliament so our Committee has started engaging them and the next on the line is the Vice-Chancellor.

“We are meeting separately and the rationale behind it is to know exactly the story there so each recognised body will give their story and after the meeting, we will compile it [a report] and present to Parliament,” he said.

Prof. Afful-Broni is expected to see the Committee next week.

Read also: UEW brouhaha: Violence is not the key