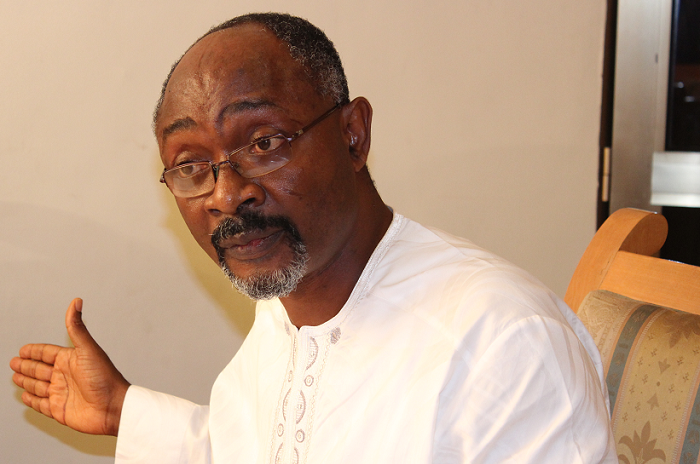 The ability of the State to retrieve the GH¢51.2 million judgement debt paid to businessman, Alfred Agbesi Woyome, will be tested when the Supreme Court, on June 27, 2019, rules on the ownership of three properties that the State claims belong to the businessman.

The three properties under contention are two residential properties at Trasacco in Accra and a quarry located in the Eastern Region.

A team of State prosecutors, led by a Deputy Attorney-General (A-G), Mr Godfred Yeboah Dame, insists that the said properties belong to Mr Woyome and, therefore, the State can sell them to offset the debt owed by the businessman, but two entities — the erstwhile UT Bank and Anator Holdings Company — are, respectively, claiming ownership of the residential properties and the quarry.

The UT Bank, in April 2016, claimed ownership of the two properties at Trasacco in Accra when the State attempted to sell them to defray Mr Woyome’s debt.
The effect of the claim is that the State cannot sell those properties until it is proved that the bank’s claim is false.

Anator Holdings, on the other hand, claims that it owns the quarry which the State says belongs to Mr Woyome.
The UT Bank, substituted by its receivers, and Anator Holdings have filed different processes seeking an order from the court to stop the A-G from including the two residential buildings and the quarry in the list of the businessman’s properties which the State wants to sell.

The apex court, presided over by a single judge, Mr Justice Anthony A. Benin, will, on June 27, 2019, give a ruling on the two legal actions.

The Supreme Court, on July 29, 2014, ordered Mr Woyome to refund GH¢51.2 million to the State on the grounds that he got the money out of unconstitutional and invalid contracts between the State and Waterville Holdings Limited in 2006 for the construction of stadia for CAN 2008.

The court held that the contracts upon which Mr Woyome made and received the claim were in contravention of Article 181 (5) of the 1992 Constitution of Ghana, which requires such contracts to be laid before and approved by Parliament.

He, however, refunded GH¢4 million in November 2016 and promised to pay the outstanding balance by quarterly instalments of GH¢5 million, commencing April 1, 2017.

That did not materialise after the businessman had initiated a litany of legal cases at the Supreme Court to support his case, which were all dismissed.

In August 2017, the ICC threw out his case, on the basis that he had failed to properly invoke its jurisdiction.

His case at the African Court of Justice is yet to be determined.