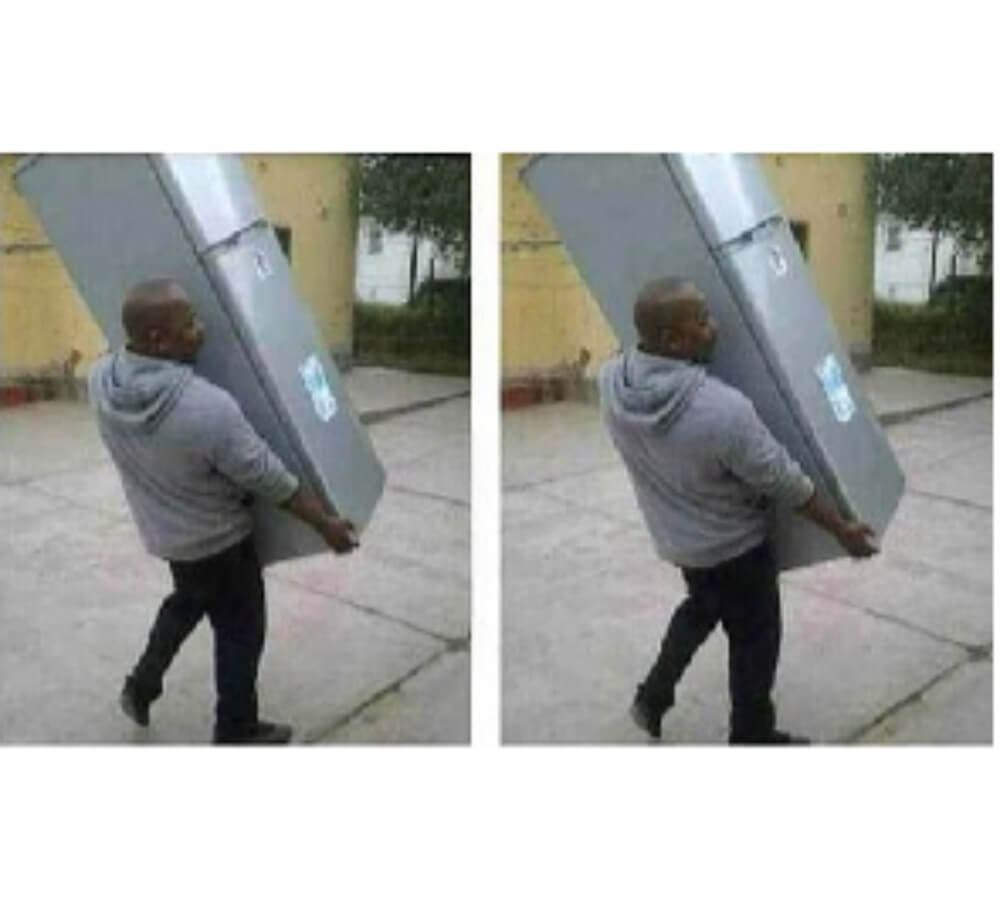 A man identified as Ini Frank has seized a refrigerator he bought for his girlfriend after he caught her cheating.

When people fall in love, they tend to do a lot of things to please their partners and show how much they love them.

This is exactly what a man identified as Ini Frank did when he bought a refrigerator for his girlfriend.

But after realising that he was not getting the same kind of love and commitment from the girlfriend Ini did the unthinkable by carrying the refrigerator away.

According to Ini who told his story in a popular Facebook group, he visited the girlfriend one day and realised that she had another boyfriend.

As if the realisation that his girlfriend was cheating was not enough, he met the rival drinking water from the very fridge he had bought for the girl.

In order not to drag the issue, Ini decided to take away the fridge.

Ini who shared photos of himself carrying the fridge captioned the photo: “I went to my girlfriend's house I saw her boyfriend drinking water from the fridge I bought for her so I took the fridge.”