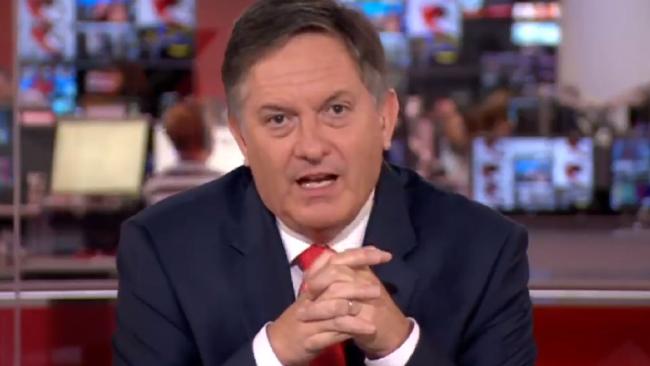 But not everyone was delighted with the regal bombshell, namely BBC presenter McCoy who slammed the announcement live on air.

Clearly, in the mood for serving up third-degree burns, the anchor was forced to reveal the news as a breaking news alert.

He stated: "Their royal highnesses the Duke and Duchess of Cambridge are delighted to confirm they are expecting a baby in April."

But Simon's report then took a bizarre turn and he was catapulted into a scathing takedown.

Simon continued: "Now, bearing in mind they announced that she was pregnant back in September and it was thought she was two or three months pregnant at the time, I'm not sure how much news this really is."
And with one last final jibe, he snapped: "But it's April, clear your diaries, get the time booked off because that's what I'm doing."

Viewers were divided over Simon's sarcastic remarks and

One person tweeted: "Loving Simon's latest work today on the royal baby. Surely he has to be granted legendary status as a newscaster!"

While another slammed: "Show some bloody respect, that baby will do more for the United Kingdom than Simon could do with his wee toe! Bloody commoners - no respect."
Kate is expecting her third child with her hubby Prince William â€“ who she tied the knot in 2011 at Westminster Abbey.

The due date means the couple, as exclusively revealed by Daily Star last month, conceived during the Wimbledon tennis tournament.