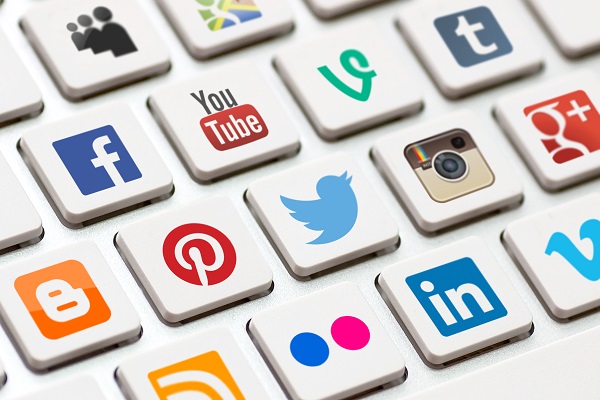 Instagram, which ranked the sixth most used app, had about a billion monthly active users. This points to the fact that most, if not all, of the people you’d ever meet in real life, you may have already met them on social media.

One needs to be careful, thus, how they conduct themselves in this virtual space. You are as close to your heaven as you’re to your hell on social media. Just one post can open amazing doors. Just one post, too, can shut all the doors in your life.

Be careful not to fall for some of these “sins” when on any social media platform. The internet never forgets.

Seeing everything through a political lens!

Yes, we know you are a political stalwart. We know you are a die-hard supporter of your party. We know you’d even want your corpse to be dressed in your political colours. But… not everything deserves your needless political attention. Not every happening needs to be attributed to politics.
Your political inclinations should not cloud your thoughts. It’s OK to flaunt your political affiliation but some sensitive issues deserve brains, not propaganda. Some issues need to be tackled objectively.

In your day of need, those who may come to your help may be people who do not believe in your political ideologies. Be careful you don’t step on their toes now that you are not in need.

Reading is such a chore for some of us. But hey, don’t go throwing tantrums under someone’s post when you haven’t even read the content. Don’t just read a headline and assume you know the details.
Many sometimes hurl insults at others after reading a mere headline. If you have not read a story yet, reading only a headline may mislead you. You may end up attacking innocent people.
If reading is such a hard thing for you, keep your views. It is better to be regarded wise in your silence than to make a comment… and remove all doubt!

Mocking when you can’t stand mockery!

In this age of social media, age has been taken for granted. Some hide behind a smart phone to mock people they can never even have the opportunity to meet. Mockery in any form is wrong.

If you are allergic to poison, you don’t serve it to another man. What is good for the goose, should of course be good for the gander, too. If you can’t stand mockery of your spiritual fathers and others you respect, don’t go mocking anyone else.
You don’t go mocking others and when they mock people you’re loyal to, you come flagging the “Touch not my anointed” card. I guess those you were mocking have water running in their veins, unlike your anointed. Huh!?

Do you know you can read someone’s post you disagree with and move on… and you won’t die? Well, others seem not to know this. They can barely disagree with respect.
Thing is, it is very possible to make your submissions without dishonoring another person. You have no idea the faces behind some accounts; some are very influential. You may meet them someday and that disrespect will be slapped back into your face. Hallelujah!

Here comes the Socrates of our time!

Some have branded themselves as the “final say” of every social matter. With their scanty knowledge and bias experiences, they mislead the gullible people following them.
You don’t need to have a say on every issue. You don’t need to comment on every single happening. You can’t be a doyen in everything; from politics, to sports, to entertainment, to business to what have you. Sometimes, the best comment is to observe and learn.
You don’t go making “out-of-context” analysis on issues you have only little understanding of, throwing jargons around and making mockery of yourself. In a bid to flaunt your intellect, you subject yourself to ridicule. Sometimes, just shut up!

Have you ever had the experience of meeting someone offline and getting disappointed by their physical looks? Well, in these times of filters, Photoshop and apps to make us look like gods and goddesses, it is easy to appear spotless online. You can effortlessly pose as a Dubai business magnate when you don’t even know where the airport is.
It is better for people to know you for who you are so they help you if they can. It is always best if people know your face for what it is so when you get missing, you can, at least, be found!

In the washroom, you’d tag 99 others. When you’re travelling, you’d let the whole world know. Just when you’re delivered of your baby, you put their picture on your pages. Hey! You’re inviting robbers into your home unawares. You’re exposing your family to needless danger.

The virtual world should not know every single thing going on in your life. Have some privacy. Keep some happenings privately. Not everyone is happy you are happy!
The blasphemy of sending threatening messages in the name of the Lord!

Social media has given opportunity for a lot of falsehood to thrive. Anyone shares anything without factchecking. If we truly believe in God, we will not send some messages supposedly believed to be coming from Him.
“Send this message to 10 people or else…” Or else what!? It is blasphemy to think God is such a bully to coerce people into sending messages on social media. Never share such messages. It makes you one gullible folk!

What you share says a lot about you. What you comment on, reveals a lot about you. It tells how gullible you are if you type “Amen” to receive a million dollars. If you are the one always sharing jokes on rape, it tells who you are.
If it is always you sharing lewd memes and posts, it unveils the pervert in you. Be careful what you share. Sometimes, you do not need to tell people who you are. Other people’s posts you share will!

Social media has made the world today like a small compound house where we all have a mutual friend. You may not know others but they may know someone who knows you. Otherwise speaking, everybody knows you. It will take just a name or picture to have all your evil deeds go viral. Be very careful how you conduct yourself. All eyes on you!

The writer is a playwright and Chief Scribe of Scribe Communications, an Accra-based writing company (www.scribecommltd.com). Order for copies of his animation book, Animuonyam The Bully Stopper, via 0243752793.