Watch these 7 biggest lies men tell on their first date 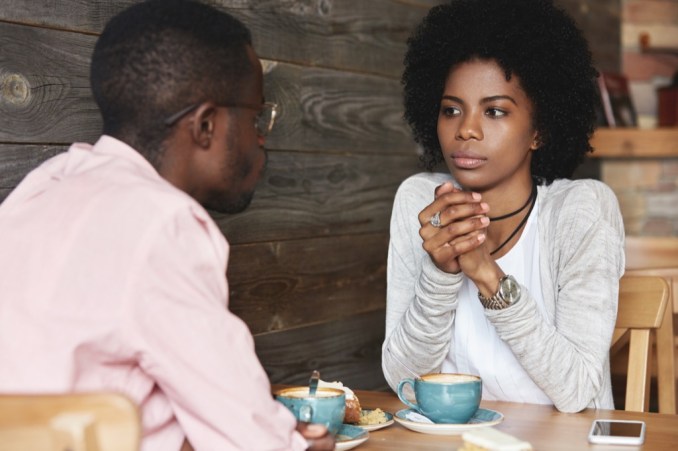 In order to protect some of their privacy, or to just cast themselves in a better light, it is common for men to lie on their first date.

Very rarely do men speak honestly on their first date because they are out there to impress the woman.

Overall, most people — men and women — intend to be honest on a first date, but there are some people who lie blatantly. And, of course, all of us tend to gloss over things on a first date because we want people to give us a chance before making assumptions or turning us away.

Men can lie about all sorts of things but there are some lies that are common and it is up to you when it comes to forgiving them for the same.

As you’re going for your first date on Valentine’s Day, here is a list of common lies that men tell on their first date.

Most men have this issue of exaggerating and lying about their job. They will make it sound like a fortune-making company or job even if it is not. Men feel that this attracts women. They feel like it is necessary to show that they are alpha males.

The laid back attitude

Nobody reveals their anxiety issues on the first date. Men especially, try to show that they are very laid back and independent. Very few admit to the fact that they like to have things in order and that they cannot even boil an egg.

If he drinks every day, you will not get to know him unless you start spending that much time with them. Men know that no woman likes to be with someone who has substance abuse issues. Men do have this tendency to downplay their number of drinks on the first date.

Being fit today is a major ask so most men try to show that they have just come from a workout, have to go to the gym, etc. It may be true but they like to highlight it. They feel that this false aura impresses women and is a fail-proof plan.

If he's got a former addiction or perhaps cheated on his ex-spouse, he's not coming clean about that on date one or, perhaps, ever. And if you do ask or press, he may outright lie until he feels like you know him enough that you would accept him no matter what.

His track record of commitment

Unless he's a solid guy who sticks to monogamous relationships (and there are many men like that), he's going to avoid too much scrutiny of his track record.

He might lie about it or stretch the truth to keep you interested and not judge him right off the bat. He's not going to mention any of his player ways if he's got any.