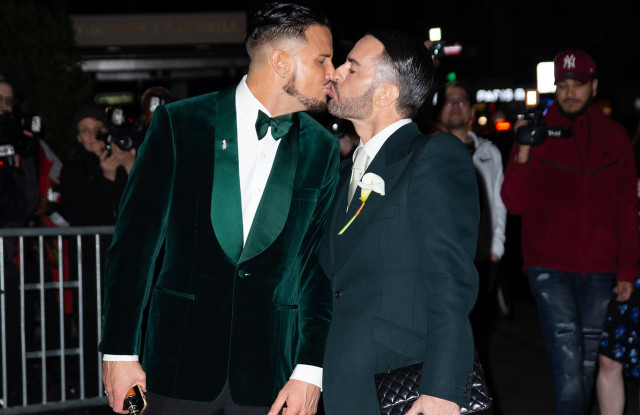 On Saturday, Marc Jacobs married his longtime boyfriend, Charly "Char" Defrancesco, after getting engaged with the help of a flashmob in a Chipotle a year ago.

The whole affair was, to say the least, extremely thoughtful. Guests were treated to a touching montage of the pair's personal home videos as well as covetable party-favor hoodies.

The couple exchanged vows at an intimate ceremony in New York City, but the reception, at The Grill in Midtown, was where things really got festive. 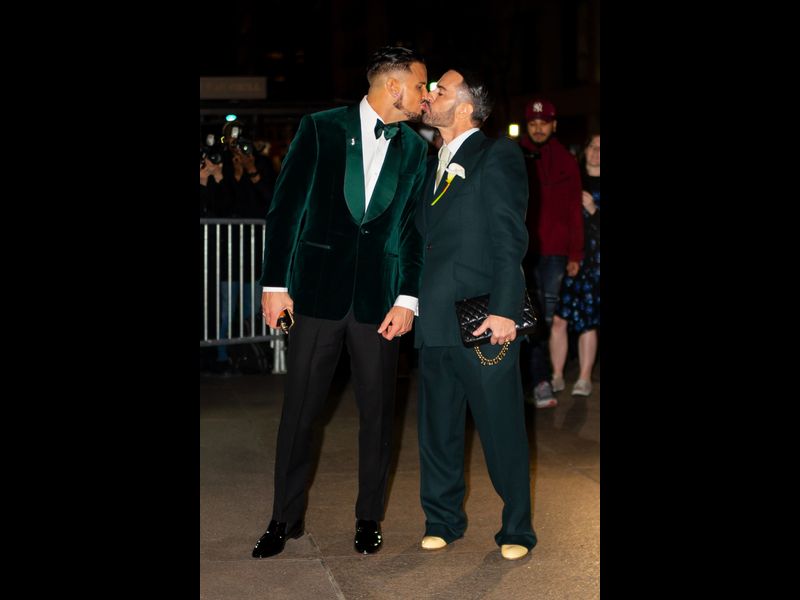 Anna Wintour, Naomi Campbell, Gigi Hadid and her sister Bella, Bette Midler, and Kate Moss were all in attendance as well as Lil Kim, Rita Ora, Kaia Gerber, and Emily Ratajkowski, were spotted on the dance floor together at The Grill in Manhattan.

Our ride. A 1962 Rolls Royce Phantom. Gorgeous. Our attire bespoke @huntsmansavilerow My suit, shirt and tie cut, overseen and designed with the lovely, incredible Ralph Fitzgerald. Charly’s dinner jacket, trousers and dress shirt also cut, and looked after by Ralph. This man has always come thru for us and we love Huntsman. Bespoke sneakers by the incredible @louboutinworld and my boots custom @gucci by the amazing @alessandro_michele

God is in the details. One of the pair of Art Deco Diamond and Onyx Penguins. An extraordinary beautiful and thoughtful gift to us by the amazing, lovely and generous @zambishot Penguins have only one partner and mate for life. A great example of faithfulness and fidelity. So grateful to you and love you so much dear Fabio.🖤🖤