Fathers who have daughters tend to live longer, says study 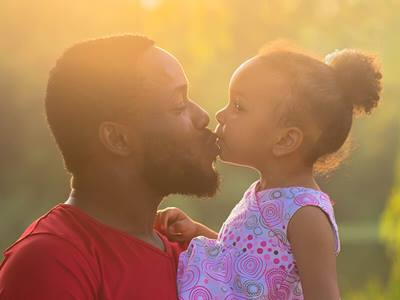 Apart from all the joys that girls bring into this world, turns out they can also add some precious years to their father's life, says a new study.

According to this study, dads with daughters tend to live longer than those who do not have any daughter.

Since itâ€™s mostly mothers we talk about when it comes to childbirth, this research was conducted to find out how fatherâ€™s health and body was affected when a kid is born.

The study was conducted by Jagiellonian University, for which data from over 4,310 people was collected, which included 2,147 mothers and 2,163 fathers.

It was found that sons did not have any kind of effect on their fathers. However, it was discovered that the number of daughters was linked to paternal longevity.

The study further claimed that the more daughters they have, the longer they live. To be precise, 74 weeks more for each daughter born. This is great news for all the dads, but not for mothers.

This was because, according to another study published in the American Journal of Human Biology, both sons as well as daughters have a negative impact on a motherâ€™s health and reduces her lifespan. Another study revealed that women who stay single for longer are happier.

READ ALSO:Â Deworming in children: How intestinal worms can affect growth and ways to treat

A different study found that having a child regardless of gender increases the lifespan of both the parents. The data for this study was collected for over 14 years and it was found that couple with kids live longer as compared to the ones who donâ€™t have any kids.