Deworming in children: How intestinal worms can affect growth and ways to treat 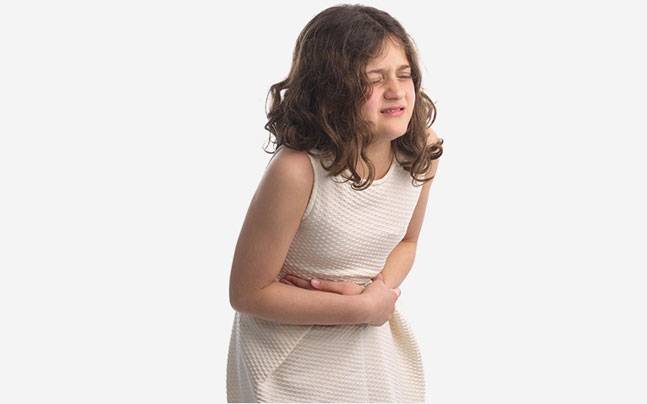 Deworming in children: How intestinal worms can affect growth and ways to treat
Shares

Deworming: The type of worm that has infested the intestines, the infections caused by the worm and the age of the child determine the treatment.

Parents need to pay more attention to a childâ€™s health in their growing years.

Among health issues that affect kids, one of the problems is the presence of worms in the childâ€™s stomach or intestine mostly due to an unclean environment, which takes a serious toll on health and growth. The child then needs to undergo deworming.

Deworming is the process involving the use of medication to remove an infestation of worms in the intestine.

As the World Health Organisation (WHO) states, soil-transmitted helminth infections are among the most common infections in humans, caused by a group of parasites commonly referred to as worms, including roundworms, whipworms and hookworms.

If the worms are not removed, they can multiply and lay eggs in the intestine, leading to major damage to the body. Some of these intestinal parasites can even be fatal and hence should not be ignored. Parasitic worms can also lead to malnourishment.

How do children get affected?
Intestinal worms or parasites are usually found among children who are exposed to unclean surroundings and are mostly in direct contact with the soil.

In areas that lack sanitation or are populated by animals, the soil is likely to be contaminated with worm eggs or larvae. Children who play in these areas or those who roam around barefoot are prone to getting affected by these worms.

Dirty hands, tools, toys or food are easy instruments of transmission for these parasites who can go from the contaminated soil to the childâ€™s mouth and eventually inside the body and intestine. Hence it is important to allow children a clean and healthy environment so that they can be saved from these worms and hence are not in need of deworming and can lead a healthier life.

Symptoms to watch out for
A child is likely to show these symptoms if he is affected by these worms:

1. Complains of a sore tummy

2. Bouts of hunger strike or loss of appetite

4. Being hungry all the time

9. Rare occurrences of blood during diarrhoea or in stool

10. Trouble in sleeping due to irritating itchiness

13. Fatigue and lethargyDeworming intend to eliminate worms and remove any infection that could possibly discomfort the child, although its effectiveness still stays under scrutiny.

WHO recommends schoolchildren in endemic areas to be regularly treated with drugs that kill these worms and thereby aid either elimination or significant reduction of infections.

While a single dose of deworming drugs has been known to show gain in weight over few months, there is not enough evidence to know if the treatment has additional effects on haemoglobin, overall physical well-being, cognitive functioning, etc.

Treatment for worms in children
The type of worm that has infested the intestines, the infections caused by the worm and the age of the child determine the treatment. Some commonly used medicines include recommends Dr Harsha, consultant paediatrician, Aster RV Hospital:

Mebendazole: Used to treat a variety of worm infections in children

Reeseâ€™s Pinworm medicine: Can be tried for older kids

The deworming tablets for children usually kill the parasites and cause no other harsh damage to his or her body. However, do consult your medical practitioner before administering these.

How does the treatment work?
A deworming tablet-like albendazole is given twice a year to the child to kill the parasitic worms, informs Dr Harsha. Following this, the children expel worms via stools. Once the child is free of parasitic worms, his/her body becomes capable to absorb Vitamin A and other needed nutrients.

How to prevent worms in children
1. Keep the surroundings of the child clean.

2. Inculcate clean habits in the child, every time he/she comes from playing.

3. Instruct the child to not play barefoot in the grass, mud or outdoor areas.

4. Ensure that the child only uses clean and hygienic swimming pools.

5. Wash vegetables and fruits thoroughly before the child consumes them.

7. Before using them, check for any worm infestations.

8. Avoid the fruit or vegetable which has even a part that is infested.9. Try not to let the child have raw meats, semi-cooked vegetables that might have the possibility of worms being present in them.

10. Let the child not have water from public tanks unless it is safe. Try drinking boiled water.