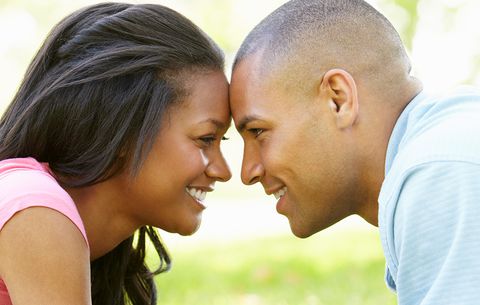 A marriage counsellor Smart Takyi has advised young people to base their marriage decision on good character rather than  "love at first sight."

Smart Takyi speaking to Joy FM argues that love is not a feeling but a character.

“It is good to have feeling but what triggers it in the first place? If the character is not right then what are you falling in love with?”.

According to Takyi, it takes a good character to make a marriage work.

Defining love from the lenses of scripture, he said true love according to 1 Corinthians 13, is patient and kind.

The lead Coordinator of RAPID Ghana UK adds that love does not envy, it does not boast, it is not proud. It is not rude, it is not self-seeking, it is not easily angered, and it keeps no record of wrongs.

He argues that any love that is not based on these demonstrable attributes is a fluke. Available statistics indicate that marriages are failing.

Records at the Accra Metropolitan Assembly, between 2006 and 2013 show that a total of 4,080 divorce cases were recorded in Accra alone.

But Smart Takyi has attributed these developments to a faulty understanding of what constitutes love by prospective couples.

He says when challenging moments arise in a relationship it takes a great character to surmount them because “Love never fails.”

But not so with marrying out of feelings and emotions. Nobody can withstand an abusive relationship, unfaithful partner and one whose character is bad and questionable.

According to Smart Takyi even God cannot stand negative character despite His loving nature.