How to use mindfulness to cut down on your drinking 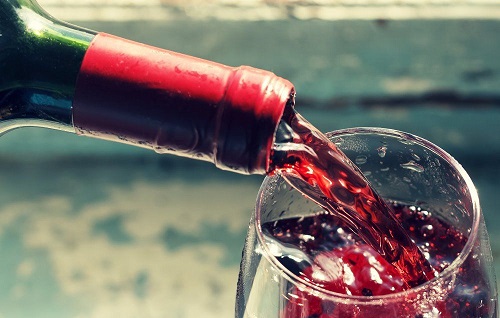 Dry January — or Drynuary, for the initiated — offers your body and mind a chance to reset and reflect after the seasonal bloat and weariness.

Scaling back drinking to live more fully in the moment can, and should, happen year-round. Rather than cutting out alcohol entirely, though, a growing number of people are “sober curious”, exploring elements of a booze-free lifestyle without fully abstaining.

“Mindful drinking”, a phrase and philosophy that brings the self-reflection of meditation to a glass of wine or beer, has become increasingly commonplace in recent years, according to London-based journalist Rosamund Dean, whose book based on the term was published in 2017. She wanted to become more intentional about her relationship to drinking, she says, instead of seeing alcohol as a habit or a crutch.

“It was going to the work event where there was nasty, cheap white wine and knocking it back,” or “putting the kids in bed after a busy day and cracking a bottle open,” she says. “It’s the drinking you do without really thinking about it.” Mindful drinking, by contrast, means “bringing awareness to your behaviours in terms of your decision to drink alcohol”: for example, tallying how many cocktails you consume in a given night, or paying close attention to why, where and when you’re drawn to drinking.

This moderation mindset might appeal to people searching for ways to scale back on troubling habits they developed during the pandemic.

Studies have shown a dramatic increase in problematic drinking over the past year, especially among women. As the pandemic slogged on, “we had a real spike in people coming to us”, says Millie Gooch, who founded the Sober Girl Society collective in 2018. The community connects sober and “sober curious” women for events like “boozeless brunches” and virtual breakfast discussions.

New York-based writer Ruby Warrington started using the term “sober curious” five years ago. At the time, she said in an interview, her drinking habits appeared to be under control. She never blacked out or even drank more than two nights in a row.

But she drank more than she wanted to; she didn’t feel able to say no. Warrington craved a middle-ground approach to drinking: the ability to interrogate her relationship to alcohol without ending it completely. In 2018, she published Sober Curious: The Blissful Sleep, Greater Focus, Limitless Presence, and Deep Connection Awaiting Us All on the Other Side of Alcohol, articulating the philosophy behind what she calls “choosing to question” her impulse to imbibe.

“Collectively, we’ve inherited this story about alcohol that the only way to change your drinking is if you’ve hit rock bottom,” says Dru Jaeger, co-founder and director of programs at Club Soda, an online community that sprouted up nearly seven years ago in Britain.

The group hosts online and in-person social events without alcohol, as well as free and paid programmes that teach members how to reduce their drinking habits. About half of Club Soda’s membership of more than 70,000 are interested in moderating their drinking rather than in becoming entirely sober. The group has seen consistent growth, particularly in the United States, as well as more interest from people in their twenties concerned about the toll drinking takes on their mental health.

There is limited scientific evidence on the efficacy of using mindfulness to moderate drinking behaviours. A 2017 study of 68 heavy drinkers in Britain found that those who received 11 minutes of mindfulness instruction reduced their alcohol consumption significantly the next week. This “microdose of meditation” may have helped participants regulate their emotions, encouraging them to rely on mindfulness when they might otherwise turn to alcohol to cope with stress, says Sunjeev Kamboj, a psychology professor at University College London and the lead author of the study.

The mindful drinking approach also draws on strategies similar to cognitive behavioural therapy, a psychological intervention used to address depression and anxiety, says Kenneth Stoller, associate professor of psychiatry and behavioural sciences at Johns Hopkins University School of Medicine. By encouraging people to identify the impact alcohol has on their thoughts, feelings and behaviours, mindful drinking can be an effective tool for people trying to reduce their alcohol consumption, he says, but not for anyone with a severe drinking problem or alcohol-use disorder.

Warrington recommends that people interested in cutting back remove alcohol from their lives for an extended period, typically 30 to 100 days. That hiatus is an opportunity for reflection, she says. Ask yourself about the role that alcohol plays in your life and the moments in your daily routine – a weekend dinner with friends, a TV episode before bed – that most make you crave it, and find other ways to fill in the gaps.

Stoller advises thinking through what you like and don’t like about drinking. Is it the taste of alcohol that draws you in? The bodily sensation of a buzz? Identify the amount of alcohol you typically consume to induce a certain effect, and then consider the facets of drinking you enjoy less, like hangovers or the sense of losing control. Articulating these aspects of your drinking life can help you form realistic guidelines for cutting back, he says.

Drinking narrows our focus on the world, says Stoller, creating what some psychologists call “alcoholic myopia” — we focus only on the present moment. That’s why it’s crucial to establish a plan for mindful drinking ahead of time, he says. This can include drinking with a friend who’s also practising mindful drinking, making sure you eat while you’re drinking and asking the bartender to use half the amount of alcohol in a cocktail. These tricks will slow the rate of alcohol entering your system, which can help you be more intentional about the drinks you do choose to consume.

Dean sticks to what she calls the rule of three: three drinks or less, no more than three nights each week. Often, she ends up drinking less than that, she says, and the hard limit prompts her to savour each beverage.

Don’t take booze for granted. If you are going to drink, make it a conscious, deliberate choice. Think about whether alcohol will add value to your experience – what difference will drinking make to your time at a party or your night at the bar? And if you’re drinking to try to enjoy an event where you’re not having a good time, consider just going home.

Gooch encourages those new to mindful drinking to keep asking questions about the motivating factors behind their alcohol consumption – like the friends with whom they drink the most, and the situations that tempt them to the bar.

But pay attention to the sensation of drinking it. How does the wine taste? What prompted you to crave alcohol? How do you feel the next day?