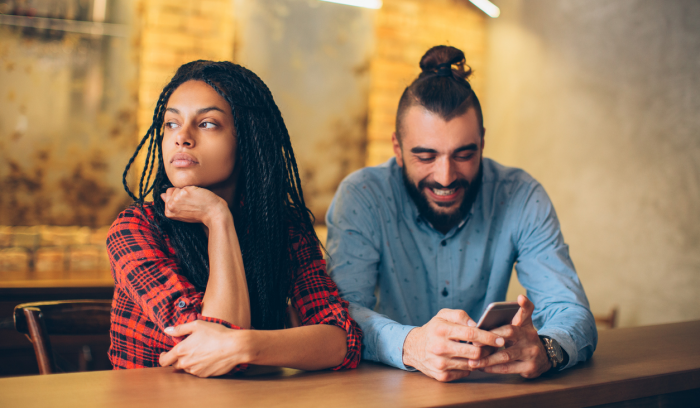 I’ve changed my ways for the better, but at one point in life, I was a jealous monster in relationships and it caused needless trouble time and time again.

Thankfully, over time I’ve realized how useless and draining jealousy really is and I’ve learned some important things.

1. ATTRACTION TO OTHER PEOPLE IS NORMAL.

I don’t know when the idea got started that our partners should only be attracted to us. Better yet, somehow we’re convinced that if they’re attracted to anyone else, it means they don’t really love us or don’t want to be with us. That’s an absurd expectation to have of another person. Of course, my partner is going to find other people attractive and I will too. That doesn’t diminish the relationship we have or mean that we’re in trouble.

2. STRAIGHT MEN AND WOMEN CAN INDEED BE FRIENDS.

I was always skeptical of the “friend” label when my boyfriends had female friends. I thought maybe it meant they tried out romance before and it hadn’t worked out, or they were harboring unexplored sexual feelings for each other. Nope, they were really just friends. It is possible, contrary to what romantic comedies would have you believe.

I don’t remember how often I spent overanalyzing what my boyfriend did on social media. He liked this pretty girl’s picture—does that mean he’s into her? He liked her funny status on Facebook—does that mean he thinks she’s funnier than me? I later discovered it doesn’t mean any of those things. It actually means very little and thinking about it is a waste of time and energy.

5. MY PARTNER WILL HAVE FUN WITHOUT ME AND THAT’S OK.

Sometimes I’d feel left out and couldn’t understand why my partner was having such a good time if I wasn’t there. Yes, I was bummed that I wasn’t the reason he was happy, but I shouldn’t be the sole source of someone’s fun or happiness. Not only would that leave me feeling drained, but it’s a straight ticket to codependence. It’s healthy to spend some time away from each other. And yes, sometimes it’ll be fun without me.

6. SNOOPING ONLY LEADS TO HURT FEELINGS.

When my partner left his phone or laptop unattended, I’d often get the urge to look through his messages. Not only is this a huge invasion of privacy, but chances are I was probably going to find something I wasn’t too happy about even if it wasn’t a serious betrayal. Anyone who’s guilty of this knows that even if you don’t find anything at first, you keep looking until you do. This kind of behavior is unhealthy and harmful for both me and my relationship and I’ve stopped doing it.

After I took time to explore the root of my jealousy, I realized it only happened because I wasn’t confident in myself or the relationship I was in. I was constantly looking for all the ways other women were better than me and I didn’t trust that my partners wouldn’t try to pursue them if given the chance. If jealousy is a constant issue, the problem isn’t other women—it stems from doubts about the relationship or doubts about yourself.

I learned the hard way that being jealous and nosy never results in an honest and faithful partner. If he was willing to betray my trust in the first place, he’d find a way to do it. He’d get a new phone, set new passwords, go out secretly, or do whatever he had to do to get around my obstacles. In the end, jealous behavior didn’t help achieve true loyalty, so it was a total waste of time.

9. IT’S OK TO TALK ABOUT BEING JEALOUS.

Telling my partner how I feel about certain things doesn’t make me a crazy jealous girlfriend. It’s important to share my thoughts and concerns, especially if his behavior is harming my self-esteem. That being said, I can tell the difference between rational worries and unreasonable expectations these days, thank goodness.

10. JEALOUSY IS INEVITABLE BUT ULTIMATELY UNHELPFUL.

If there’s anything I’ve learned, it’s that jealousy is going to happen regardless of how confident or secure you are in yourself or the relationship. What matters is how I choose to respond to those feelings. Do I feed them and start searching for more reasons to be upset or do I track down the root of the problem and explore ways to improve it? I’ve found it’s important to avoid giving in to the negativity and instead find paths toward growth.