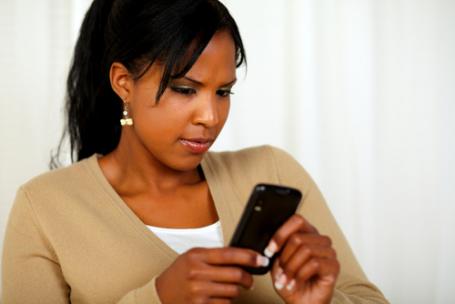 Ladies! Here's one major reason why guys suddenly stop showing interest in you after some time
Shares

Too many times, women have complained about men blowing hot one day and going cold turkey the next.

Many women are all too familiar with men who sweep into the scene; showing all the interest, sending endless messages, giving compliments and following all these up with even more attention.

After all this work and effort to get attention, what then follows is a disappearance act that surpasses a magicianâ€™s.

After all the warmth shown in the beginning to get themselves noticed, what they do next is go cold turkey - no more calls, no more attention. Everything is brought to a sudden stop!

Of course for many women who have experienced this, it is both confusing, annoying, frustrating, tiring and just totally unexplainable.

But why exactly do men do this?

The [logical] reaction of some women is to first begin to wonder if it was something they did wrong, something really bad to piss off the man to the point that he would no longer want anything to do with them.

They think and think and many times, they reach the conclusion that it could not have been something they did and the disappearance becomes even more confusing.

â€œIf it was something I did, how can I possibly make it right when I canâ€™t even reach him,â€ theyâ€™d wonder.

In some other cases, the guy is reachable but heâ€™s not as open as he was before. He is not as sweet, not as intense, not as dedicated and not as committed to making things work as he was once.

As a woman faced with this kind of indifference in place of the excitement and affection a man used to show in her before, the truth you need to know is that that half the time, itâ€™s not something you did.

READ ALSO:16 most helpful ways to choose between two guys

This is so because, some men date for sport. In other words, they just do this for fun. They do it out of boredom. Pursuing a woman with words and efforts, wooing her, showing her interest and doing all those things that count as meaningful effortâ€¦ they just do it for the fun of it.

When they get tired of the thrill [usually, after getting your complete attention and sometimes, sex], they pull out [no pun intended].

The interest either reduces till it vanishes or they ghost on you completely.

So if you are sure that it was not something you did, and he is not even giving you an opportunity to know why he suddenly stopped showing interest, then thereâ€™s really nothing you could possibly do and itâ€™s about time you stopped bothering yourself about him and let him go.

If thereâ€™s any other lesson to learn here, it is that time takes care of many things. When a guy begins to show interest in you, make sure to give it a reasonable amount of time before committing to too much or getting too deeply involved.

You really donâ€™t want to be moved by something that would later turn out to be a false dawn.