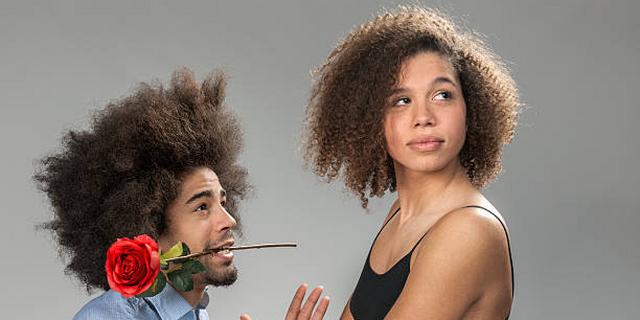 Starting a relationship with someone or even making a move on the right person can be difficult.

Add mixed signals and ghosting to the mix, and everything just gets a lot messier.

Girls can be a little mysterious, especially when they realize you like them. You believe she likes you, but you’re not sure if she wants you to become more than friends with her?

Here are some signs that will help you tell she doesn’t want a relationship with you.

She doesn’t get jealous

If she doesn’t get jealous when you talk about other women but is merely interested as a friend that could be a sign she is not into you. If she appears to be happy or excited for you, then it’s a sign she doesn’t want a relationship and sees you only as a good friend.

Her future plans don’t involve you

If you’re friends with the girl you like, the topic of the future will inevitably come up pretty often.

Maybe when you’re hanging out at a bar or a brunch, you might have heard her make plans about where she wants to live or how many kids she wants. You might even overhear her talk to a few other friends of rooming with them in the future.

But one thing is common in these plans — you’re absent from them. This is one of the many subtle signs she doesn’t like you romantically. It could also be a sign that she’s not ready for a relationship and is therefore not making any relationship-related plans.

READ ALSO: Men, this why women lose interest in you

She says let’s just be friends for now

When a girl says “let’s just be friends for now” it is an indication that she wants no romantic tie with you. It may be because she has no romantic feelings for you, or that she’s just not ready for a relationship.

All you have to do is to figure out her reasons for saying that. You may force her to be more open by saying “Am I not good for you?

She may likely say “I didn’t mean that or say so.” Then you can now proceed to ask her to explain or throw more light on what she meant by ‘let’s just be friends.’

You used to text her all the time. There was not a small incident in your life that you didn’t share with her. There was not a single emotion she kept hidden from you. But all of a sudden, she stopped replying to your texts./

She ghosted you. This could be because she thought things were moving too fast, and she wasn’t ready for it yet. It could mean you need to move on since it’s a sign she doesn’t want a relationship with you.

She hides you from her friends

She doesn’t want to be intimate

If she avoids being intimate with you, it’s probably a sign she doesn’t want a relationship with you. This can be both physical and emotional intimacy. If you realize that she’s closed off and doesn’t open up to you, it could be because she doesn’t like you romantically and is feeling uncomfortable.

She wants to focus on herself

Sometimes, if she’s going through a lot, she might brush you off and tell you she wants to work on herself. This may not be a direct dig at you — research shows that cultivating self-love is important before getting into a relationship. So when she says this, she doesn’t want to be intimate and is not ready for a relationship yet.

You’re always an option for her

She doesn’t seem to make you her priority. Rather, she sees you as an alternative. She doesn’t text or call you first. Most times, she doesn’t return your calls after missing them. All these are the warning signs she doesn’t want you more than as a friend.